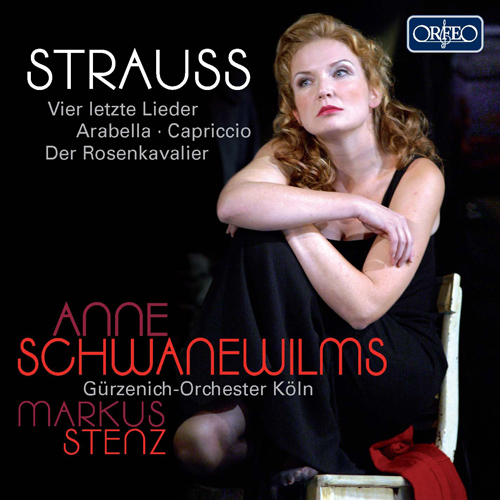 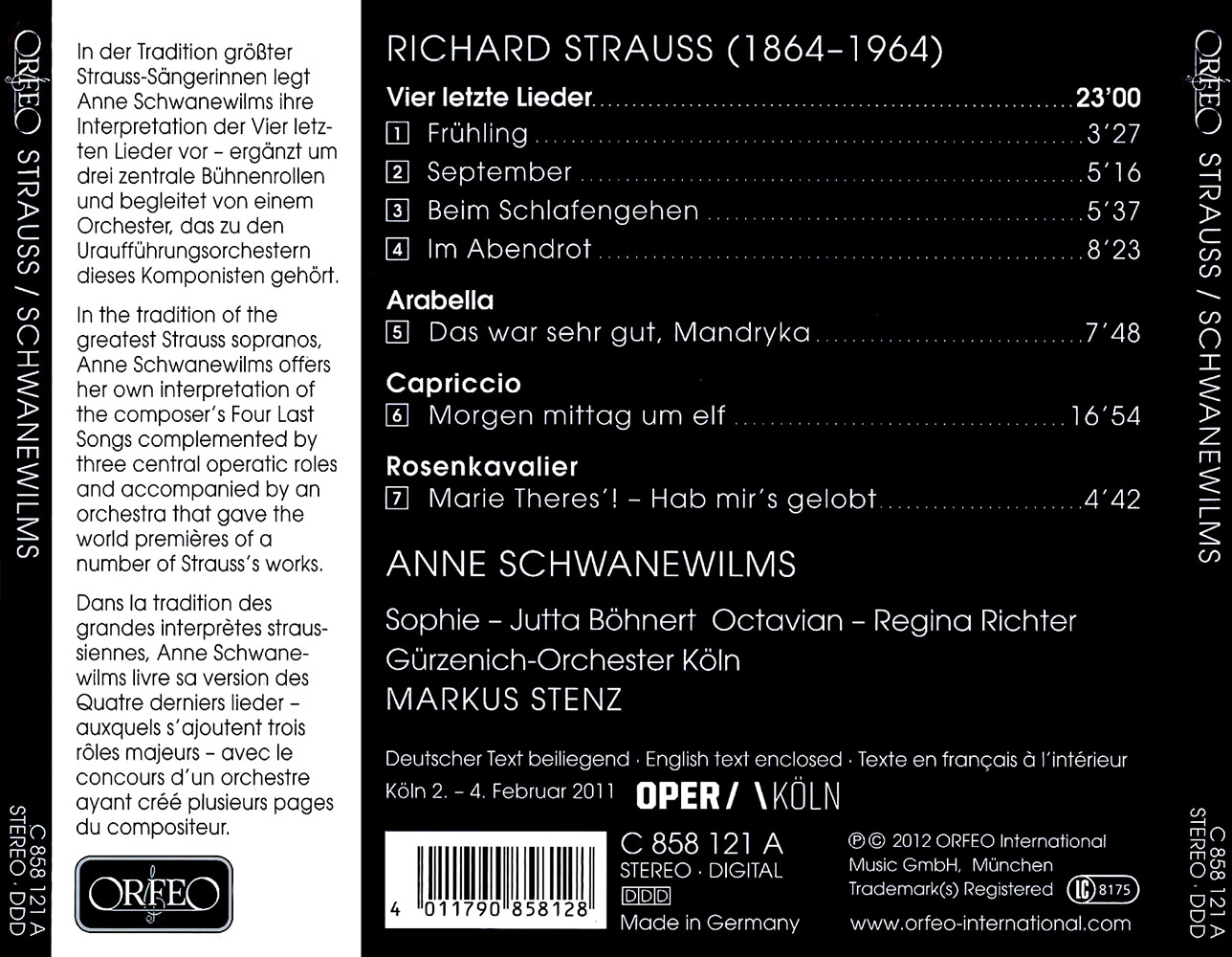 Soon after their first performance in 1950, within months of the composer's death, Richard Strauss's Four Last Songs became one of his most enduringly popular works. A setting of poems by Hermann Hesse and Joseph von Eichendorff, they afford the ultimate proof of Strauss's unique ability to write soaring melodic lines for the soprano voice.

To the delight of their fans, many outstanding Strauss sopranos have faced up to this challenge, and it is only logical that Anne Schwanewilms, too, should add her name to their number. She is, after all, one of the most sought-after Strauss sopranos of our day, a regular visitor to all the world's leading opera houses and festivals, from the Salzburg Festival and the Royal Opera, Covent Garden, to the Bavarian, Dresden and Vienna State Operas. She has also been heard in many of Strauss's works at the Cologne Opera, most recently at a recital in January 2012, when she was joined by the Gürzenich Orchestra under Cologne's general music director, Markus Stenz. The concert, which is now available on CD, included the Four Last Songs and excerpts from some of the roles with which the singer is most closely associated. The valedictory tone of the songs contrasts with that of the final scene from Arabella, in which Anne Schwanewilms strikes just the right balance between the young-womanly simplicity of the opening and the increasingly jubilant note on which the opera ends. In the final scene from Capriccio, this last-named quality is combined with the singer's ability to achieve the parlando style ideally demanded by Strauss. In the trio from the end of Der Rosenkavalier, finally, she is joined by Jutta Böhnert as Sophie and Regina Richter as Octavian, her emotionally charged singing capturing a sense of the Marschallin's renunciation in favour of a younger woman with an immediacy that is altogether overwhelming. In the company of her two colleagues, Anne Schwanewilms proves a prima inter pares as a Strauss specialist: any opera company would be more than happy to engage her.