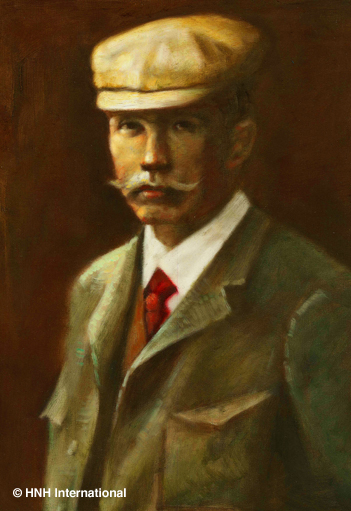 
Richard Strauss enjoyed early success as both conductor and composer, in the second capacity influenced by the work of Wagner. He developed the symphonic poem (or tone poem) to an unrivalled level of expressiveness and after 1900 achieved great success with a series of impressive operas, at first on a grand scale but later tending to a more Classical restraint. His relationship with the National Socialist government in Germany was at times ambiguous, a fact that protected him but led to post-war difficulties and self-imposed exile in Switzerland, from which he returned home to Bavaria only in the year of his death, 1949.

Richard Strauss created an immediate sensation with his opera Salome, based on the play of that name by Oscar Wilde. Collaboration with Hugo von Hofmannsthal followed, resulting in the operas Elektra and the even more effective Der Rosenkavalier in 1911, followed by Ariadne auf Naxos. Der Rosenkavalier (‘The Knight of the Rose’) remains the best known of the operas of Richard Strauss, familiar from its famous concert waltz sequence. From Salome comes the orchestral ‘Dance of the Seven Veils’, which occurs at an important moment in the drama. The late opera Die Liebe der Danae (‘The Love of Danae’), completed in 1940, may also be known in part from orchestral excerpts. Other operas are Die Frau ohne Schatten (‘The Woman Without a Shadow’), Die ägiptische Helena, Arabella, Intermezzo, Daphne and finally, in 1941, Capriccio.

In the decade from 1886 Strauss tackled a series of symphonic poems, starting with the relatively lighthearted Aus Italien (‘From Italy’) and going on to Don Juan, based on the poem by Lenau; the Shakespearean Macbeth; Tod und Verklärung (‘Death and Transfiguration’); Till Eulenspiegel, a study of a medieval prankster; Also sprach Zarathustra (‘Thus Spake Zarathustra’), based on Nietzsche; a series of ‘fantastic variations’ on the theme of Don Quixote; and Ein Heldenleben (‘A Hero’s Life’).

Concertos by Strauss include two for the French horn, an instrument with which he was familiar from his father’s eminence as one of the leading players of his time. There is an early violin concerto, but it is the Oboe Concerto of 1945, revised in 1948, that has particularly impressed audiences.

Strauss wrote various other orchestral works, some derived from incidental music for the theatre, music for public occasions or his operas. The Symphonia domestica and An Alpine Symphony may rank among the symphonic poems, in view of their extra-musical content, while the poignant Metamorphosen for 23 strings, written in 1945, draws inspiration from Goethe in its lament for what has been lost.

In common with other German composers, Strauss added significantly to the body of German Lieder. Most moving of all, redolent with a kind of autumnal nostalgia that is highly characteristic, are the Vier letzte Lieder (‘Four Last Songs’). He composed songs throughout his life, with a substantial body of such works written in adolescence.

Strauss’s piano music dates principally from his last years at school, illustrating both his precocity and his understanding of the instrument, which then became so apparent in his songs.