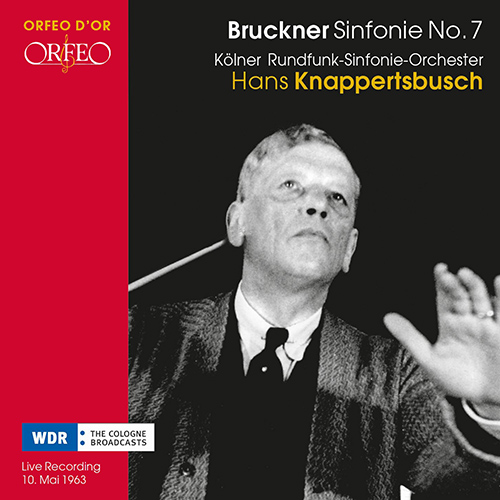 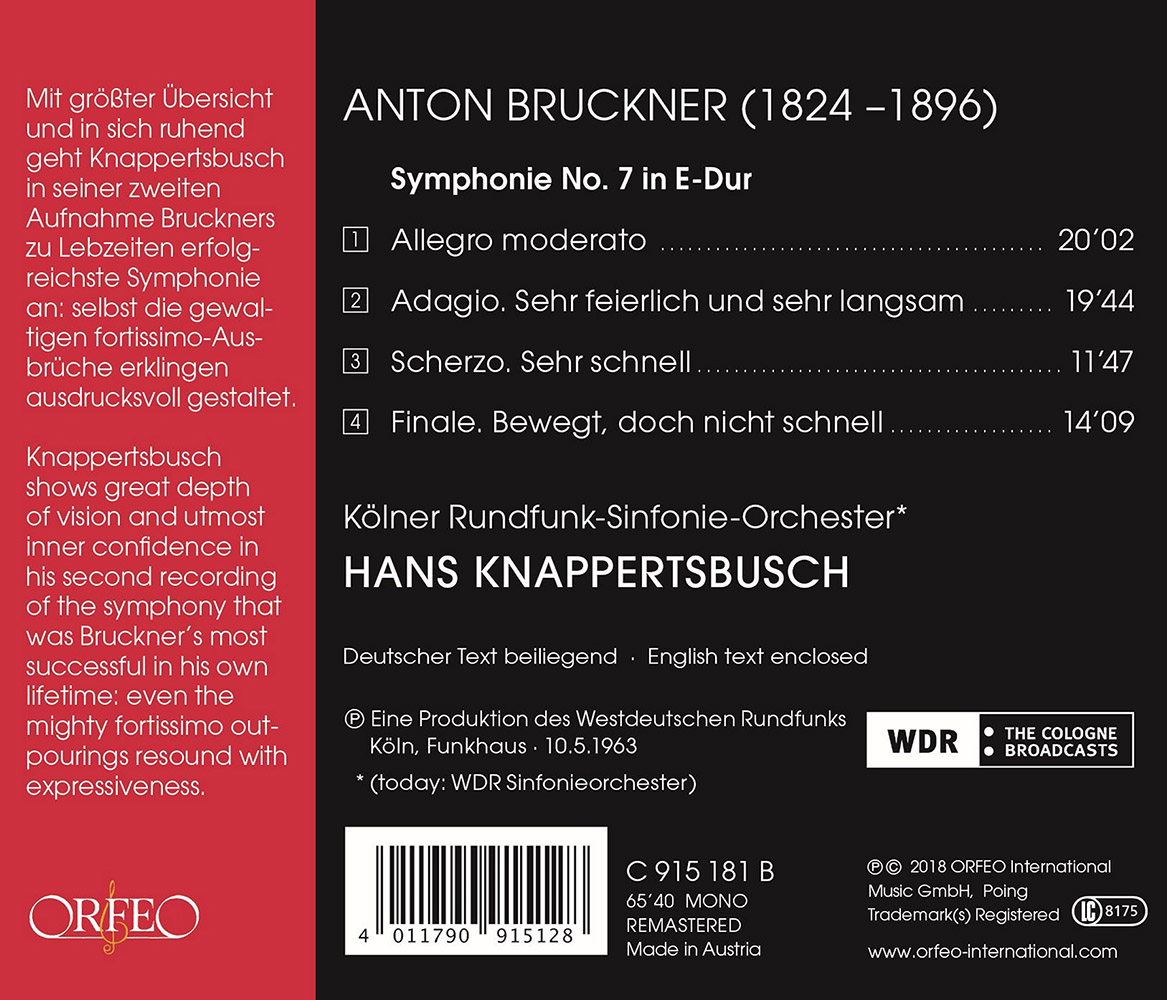 Before the great wave of Bruckner conducting that has taken place since the 1970s, it was Hans Knappertsbusch (1888–1966) who stood out as unquestionably one of the most important Bruckner exponents, and Bruckner was part of his core repertoire. There are several recordings by him of the 3rd to 5th and 7th to 9th Symphonies, two in the case of the Seventh, a live recording from the 1949 Salzburg Festival with the Vienna Philharmonic (Orfeo 655061) and this transfer direct from the original tapes of 1963 (and not “off the air”) with the Cologne Radio Symphony Orchestra.
The Seventh is particularly suited to comparison with older recordings insofar as there is no question of the alternative versions and editions we otherwise associate with Bruckner. The difference between the two recordings is substantial, which is no particular surprise when it comes to “Kna”. His later reading released here is painted on a broader canvas, goes into less individual detail; at the same time, one can appreciate how comprehensively Knappertsbusch plans the grand design while noting with amazement – especially at the brass-scored fortissimo climaxes typical of Bruckner – how energetically the conductor shapes, phrases, “turns into music” even here, something one does not hear these days.
The orchestra is impressive for its exceptional solo contributions. It is the same orchestra that would record the Bruckner symphonies complete with Günther Wand a decade later.