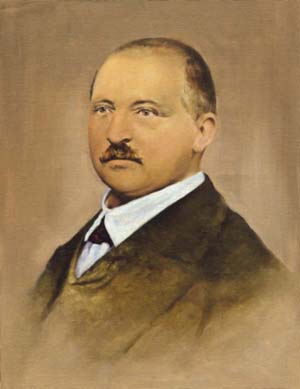 
Bruckner, born near Linz in 1824, is known chiefly as a symphonist. He trained as a schoolteacher and organist, serving in the second capacity in Linz until moving in 1868 to Vienna to teach harmony, counterpoint and organ at the Vienna Conservatory. His success as a composer was varied in his lifetime, his acceptance hampered by his own diffidence and his scores posing editorial problems because of his readiness to revise what he had written. He was nine years the senior of Brahms, who outlived him by six months. Bruckner continued Austro-German symphonic traditions on a massive scale, his techniques of composition influenced to some extent by his skill as an organist and consequently in formal improvisation.

Bruckner completed nine numbered symphonies (10 if the so-called Symphony No 0, ‘Die Nullte’, is included). The best known is probably Symphony No 7, first performed in Leipzig in 1884; the work includes in its scoring four Wagner tubas, instruments that were a newly developed cross between the French horn and tuba. Symphony No 4, ‘Romantic’, has an added programme—a diffident afterthought. All the symphonies, however, form an important element in late-19th-century symphonic repertoire.

Bruckner wrote a number of works for church use, both large and small scale. Among the former are Te Deum, completed in 1884, and various settings of the Mass, including the well-known Mass No 2 in E minor.