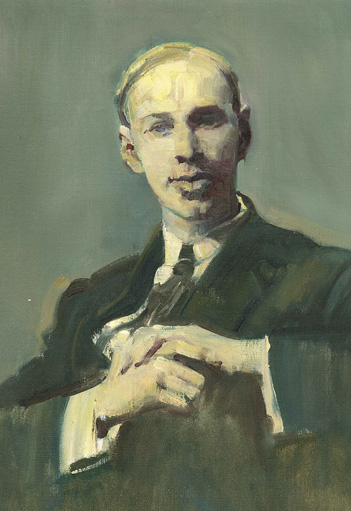 
Sergey Prokofiev, precocious as a child, entered the St Petersburg Conservatory in 1904, by which time he had already written a great deal of music. At the Conservatory he shocked the more conservative director, Glazunov, but learned much from an older fellow student, the composer Myaskovsky. After the Revolution he was given permission to travel abroad and remained intermittently out of Russia, in America and then in Paris, until his final return to Russia in 1936. At home, though in touch again with the root of his inspiration, he found himself out of favour with the authorities and in 1948 the subject of particular and direct censure. His death in 1953, on the same day as Stalin, deprived him of the enjoyment of the subsequent relaxation in musical censorship that then took place. In style Prokofiev is ironic, writing in a musical language that is often acerbic.

Prokofiev first attempted to write an opera at the age of nine. More mature operas include The Love for Three Oranges, written in 1919 for Chicago, The Fiery Angel and War and Peace, the last based on Tolstoy’s novel. An early ballet score for Diaghilev proved unacceptable, but later ballets, once rejected as undanceable, include Romeo and Juliet and the 1944 Cinderella. Both ballets as well as the first mentioned opera are known to concert audiences from the composer’s own orchestral suites based on them. The Prodigal Son was commissioned by Diaghilev and first staged in Paris in May 1929, three months before the impresario’s death. Film scores by Prokofiev include Eisenstein’s Alexander Nevsky and Ivan the Terrible. Music for the film Lieutenant Kijé, about a fictional character created by a clerical error and maintained in existence to the end, was written in 1933.

Prokofiev wrote seven symphonies. Of these the ‘Classical’ Symphony (No. 1), written in 1916–17 with the work of Haydn in mind, is the best known. The Fifth Symphony of 1944 is a work on a much larger scale. The Third Symphony makes use of material from the opera The Fiery Angel, and the Fourth Symphony draws on the ballet The Prodigal Son.

Of Prokofiev’s five piano concertos the third is the best known, written in the composer’s instantly recognisable musical language, from the incisive opening to the motor rhythms that follow, in a mixture of lyricism and acerbic wit. More overtly Romantic in feeling are the two fine violin concertos. His early Cello Concerto, completed in 1938, was followed 14 years later by his Cello Concertino, completed by the cellist Rostropovich and the composer Kabalevsky after Prokofiev’s death.

In addition to a wide variety of choral and vocal music, which includes a concert version of the film score for Alexander Nevsky, Prokofiev wrote a number of less memorable works for various occasions of political importance.

Chamber music by Prokofiev includes two sonatas for violin and piano, the second originally for flute and piano and revised by the composer with the help of the violinist David Oistrakh. He completed his C major Cello Sonata in 1949, but a second sonata for the instrument was left unfinished at the time of his death. The Five Melodies for violin and piano, based on earlier songs, are also in general repertoire.

Prokofiev, himself a formidable pianist, completed nine piano sonatas out of a projected eleven. His music for piano also includes piano versions of music from the ballets Romeo and Juliet and Cinderella.

One of the most widely known of all Prokofiev’s compositions is his tale for children Peter and the Wolf, for narrator and orchestra. It is a simple pedagogical work to introduce to children the instruments of the orchestra, with instruments or groups of instruments representing characters in the story.