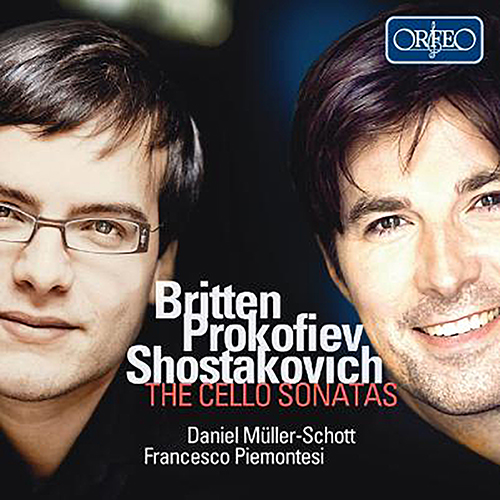 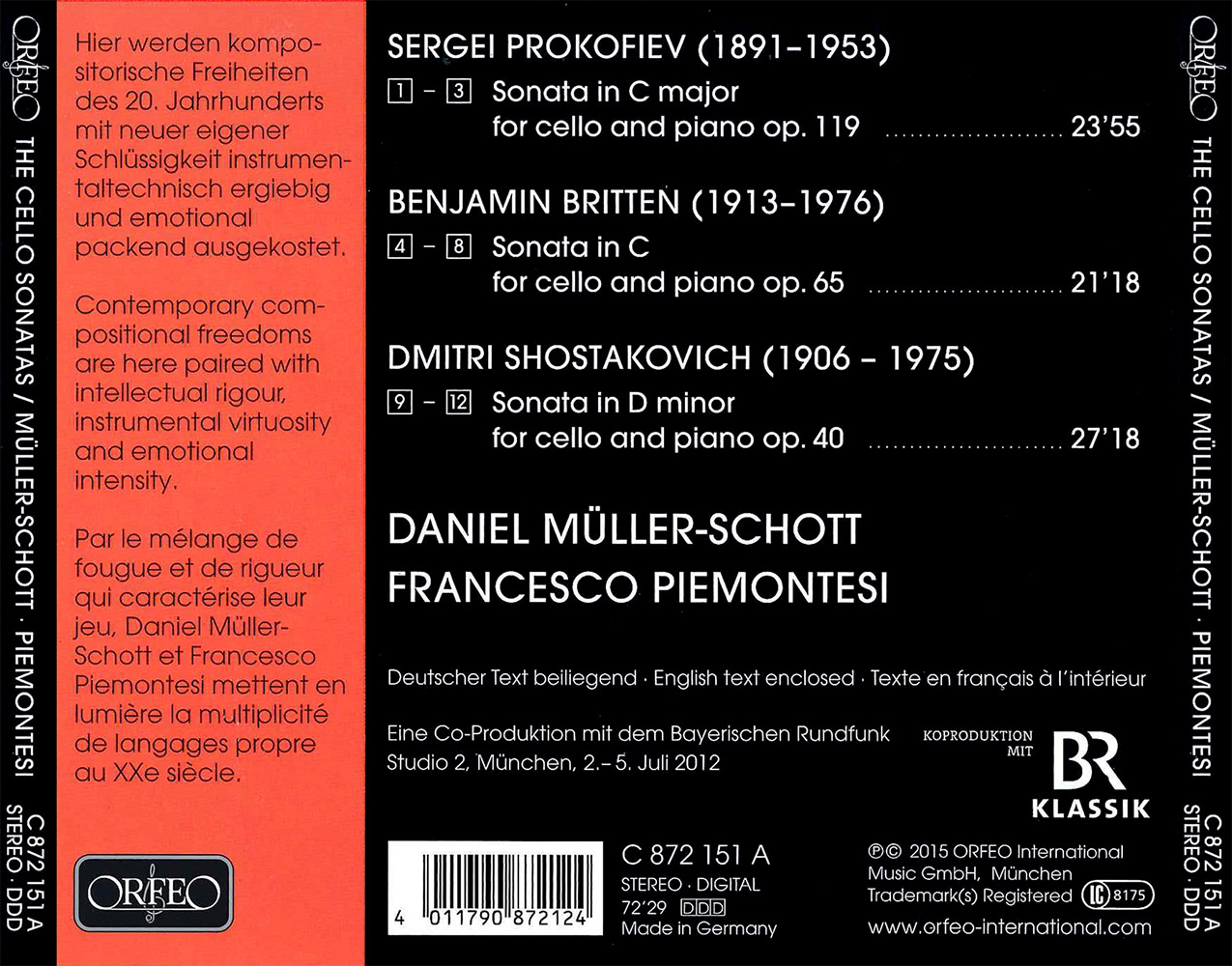 This new CD by Daniel Müller-Schott and Francesco Piemontesi offers three sonatas for cello and piano. Their compelling, emotional performances sum up several chapters of 20th-century history that go far beyond the merely musical. Sergei Prokofiev displays a masterly serenity in his songlike Sonata in C major op. 119, composed in 1949. It makes evident his adjustment to the cultural politics of the Soviet Union – to which this world-famous composer had returned just twelve years before – but is also tailor-made for an exceptional cello-piano duo. Rostropovich and Richter gave its first performance, and Müller-Schott and Piemontesi are their worthy successors here. Dmitri Shostakovich’s Sonata in d minor op. 40 is no less marked by fate. It was on the programme of a concert tour given by the composer and his cello partner Viktor Kubatsky in 1936 when Shostakovich was put on the Stalinist index of undesirables, on orders from the very top. This was a tragic irony of fate because this Cello Sonata is highly melodic and anything but modernist in its design, giving lie to the accusation that its composer wrote “chaos instead of music”. Daniel Müller-Schott and Francesco