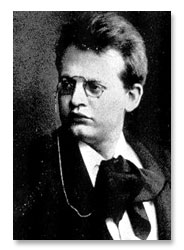 
Reger enjoys a particularly high reputation among organists, to whose repertoire he made important additions. Born in Bavaria, he was a pupil of the important theorist Hugo Riemann and taught at the University of Leipzig before his appointment as conductor of the Meiningen Court Orchestra in 1911. In addition to his activities as a teacher, conductor and composer, he was also a pianist and organist.

Among a variety of orchestral works, including a Piano Concerto and a Violin Concerto, Reger’s Variations and Fugue on a Theme of Mozart, an arrangement of his work of the same title for two pianos, shows, typically, a resourceful and sometimes complex use of the theme on which it is based.

Reger wrote a considerable amount of chamber music of all kinds, including a number of violin sonatas and other duo sonatas, as well as string quartets and works for other groups of players. While of interest, nothing of this has become a part of popular repertoire, either for players or audiences.

Among choral compositions by Reger the eight Geistliche Gesänge (‘Spiritual Songs’), Op. 138 have proved particularly moving. Once again, however, his choral works and songs have failed to achieve any significant position in performing repertoire.

Reger’s organ music offers a considerable challenge to performers and some works are said to have been composed as just such a challenge to his friend, the organist Karl Straube. Notable organ works include chorale fantasias on Ein’ feste Burg ist unser Gott and other Lutheran chorale tunes. His compositions for organ include a Fantasia and Fugue on B-A-C-H.