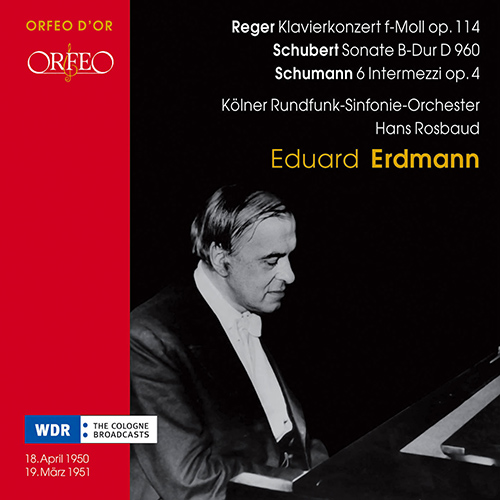 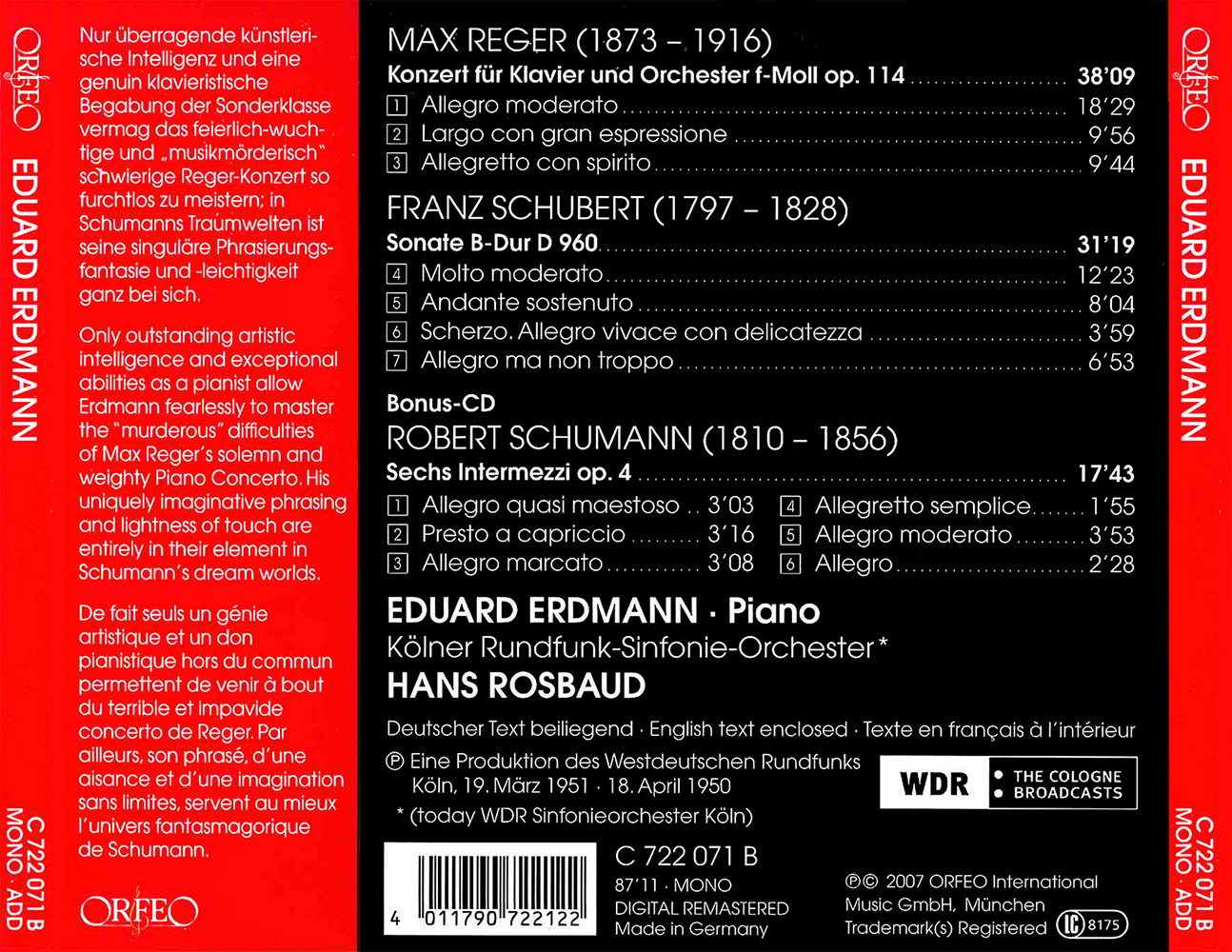 Two further pianistic trouvailles in the archives of West German Radio are Reger’s Piano Concerto in F minor and Schubert’s B flat major Sonata, both of which provide eloquent testimony to the mastery of Eduard Erdmann, who plays the Reger Concerto with the Cologne Radio Symphony Orchestra (now the West German Radio Symphony Orchestra of Cologne) under the direction of Hans Rosbaud, perfectly capturing the spirit of the piece, with its rhapsodically symphonic expansion of concerto form. Soloist, conductor and orchestra impose a clear sense of structure on the work, while allowing the chorale quotations that are embedded like islands in the thrilling floodtide of the music to emerge with three-dimensional vividness. Rarely do we find two performers as famous for their interpretation of 20th-century works proving so authoritative and expressive in Romantic music, but Erdmann’s reading of the Schubert Sonata is gripping in the literal sense of the word, thrilling in its logical consistency and never for a moment releasing its hold on the listener. No less compelling is his performance of Schumann’s six Intermezzos op. 4 that are included on a bonus CD and which, remarkably enough, were recorded at the same session as the Reger Concerto in West German Radio’s studios.