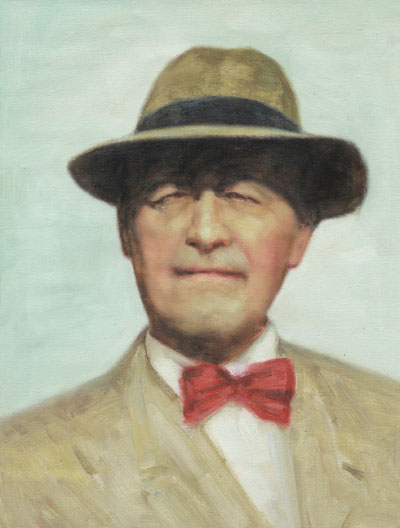 
Ibert, a winner of the Prix de Rome at the Paris Conservatoire, was for a number of years director of the French Academy in Rome. Versatile and prolific, he wrote operas, ballets and music for the theatre, cinema and radio in addition to vocal and instrumental works, all equally beautifully crafted, with particularly idiomatic handling of wind instruments. He died in Paris in 1962.

Orchestral and Film Music
The Flute Concerto by Ibert, written in 1934, is a useful addition to solo repertoire for an instrument whose possibilities the composer well understood, as he did the saxophone in his Concertino for that instrument, composed in the following year. The orchestral music of Ibert includes suites and extracts from his theatre music, among which the scores written for A Midsummer Night’s Dream and for the Orson Welles film of Macbeth should be mentioned. His Divertissement for chamber orchestra was derived from incidental music for Un Chapeau de paille d’Italie (‘An Italian Straw Hat’). Other film music includes scores written for Pabst’s Don Quichotte, and Duvivier’s Golgotha. His La Ballade de la geôle de Reading (‘The Ballad of Reading Gaol’), after Oscar Wilde, was later adapted as a ballet, a medium for which his Diane de Poitiers was written.

Chamber and Piano Music
The most popular of Ibert’s works for smaller groups must be the Entracte for flute or violin, with harpsichord or guitar, followed by the Interludes for flute, violin and harp, from Lifar’s Le Burlador, and Histoires, taken from his own piano work of that name.