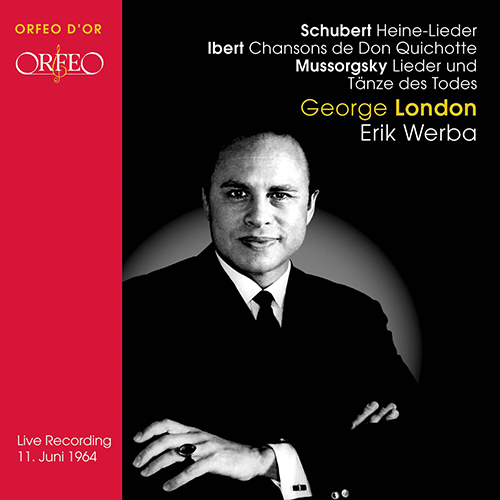 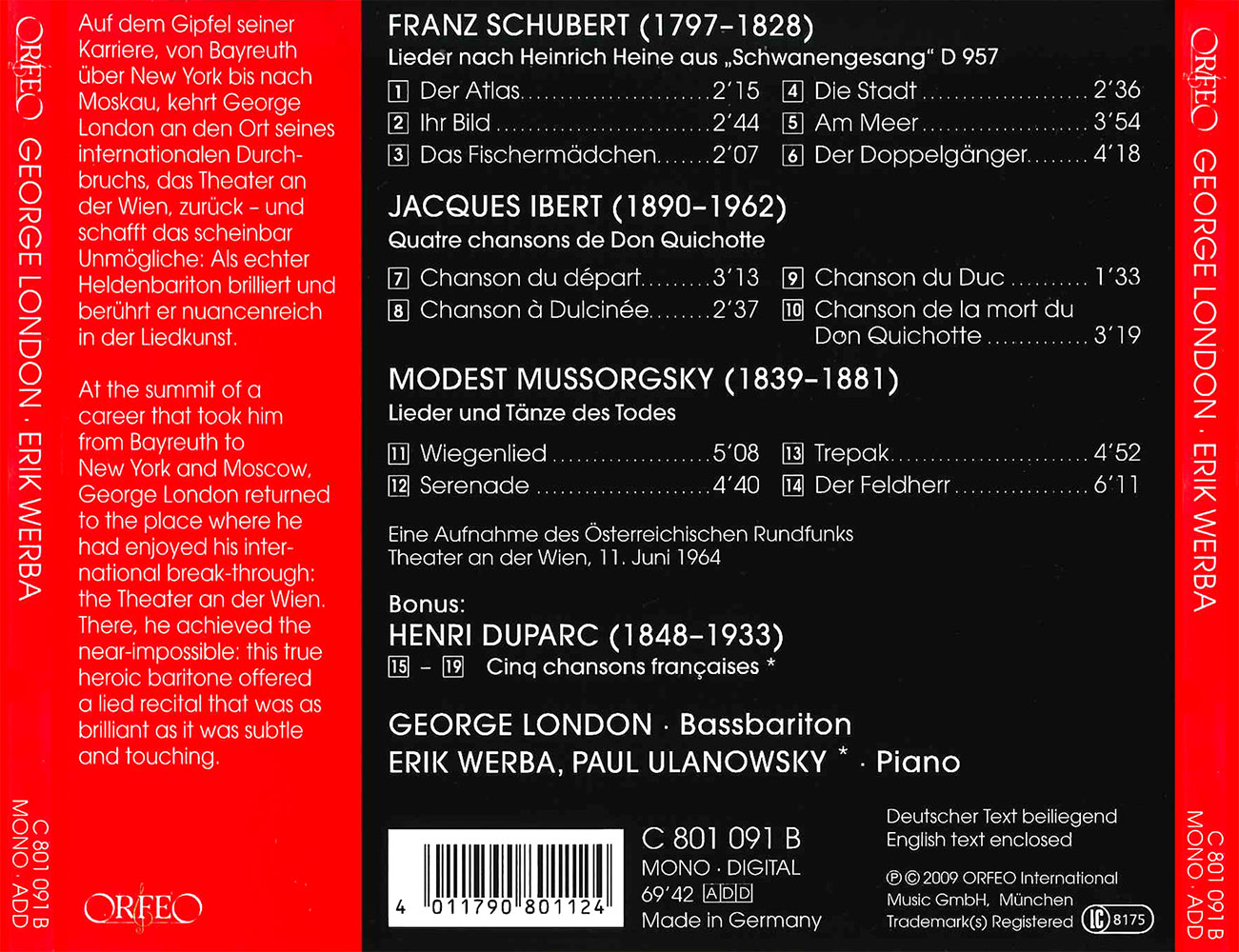 It is not unique, but it will probably remain an occurrence as rare as it is welcome when the leading heroic baritone of his generation is also a master of the „small“, subtle form of the lied. George London was the outstanding Amfortas, Wotan and Dutchman of the late 1950s and early ’60s, but also belonged among those singers with a mature vocal technique and intelligent characterization who were able to enthuse audiences in the concert hall without relying merely on their stage charisma (even though that was present in abundance). At the height of his career – which was cut short tragically – London gave a lieder recital at the Theater an der Wien. He had already sung there as a member of the Vienna State Opera, which was based there during the post-war rebuilding of the opera house on the Ringstrasse. It was there that he had laid the foundations of his European career (and thus also of his later, triumphant return to his native North America). It was also there that he had soon found several of his star roles, such as Don Giovanni, Amonasro, the villains in the Tales from Hoffmann, and Eugene Onegin.

In tune with the spirit of the place, London began his recital with the Heine songs from Schubert’s Schwanengesang, in which he could explore (but not exceed) the dramatic boundaries of songs such as Atlas and Doppelgänger. As Boris Godunov, London travelled the world – from the Bolshoi in Moscow to the New York Met – but in this recital, too, he wandered in the footsteps of Feodor Chaliapin by singing Jacques Ibert’s Iberian-influenced Don Quichotte and finally Modest Mussorgski’s Songs and Dances of Death – tone paintings of archaic grandeur in which he was wholly in his element. In all three cycles, Erik Werba as accompanist completely lived up to his reputation as a modest, but equal partner. In addition to this live recording from Austrian Radio, ORFEO here offers as a bonus the five songs by Henri Duparc with which George London had ten years earlier made his lieder debut before a microphone, in Canada, the country of his birth.