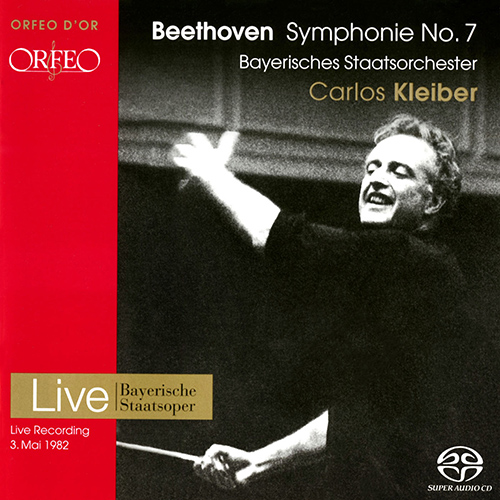 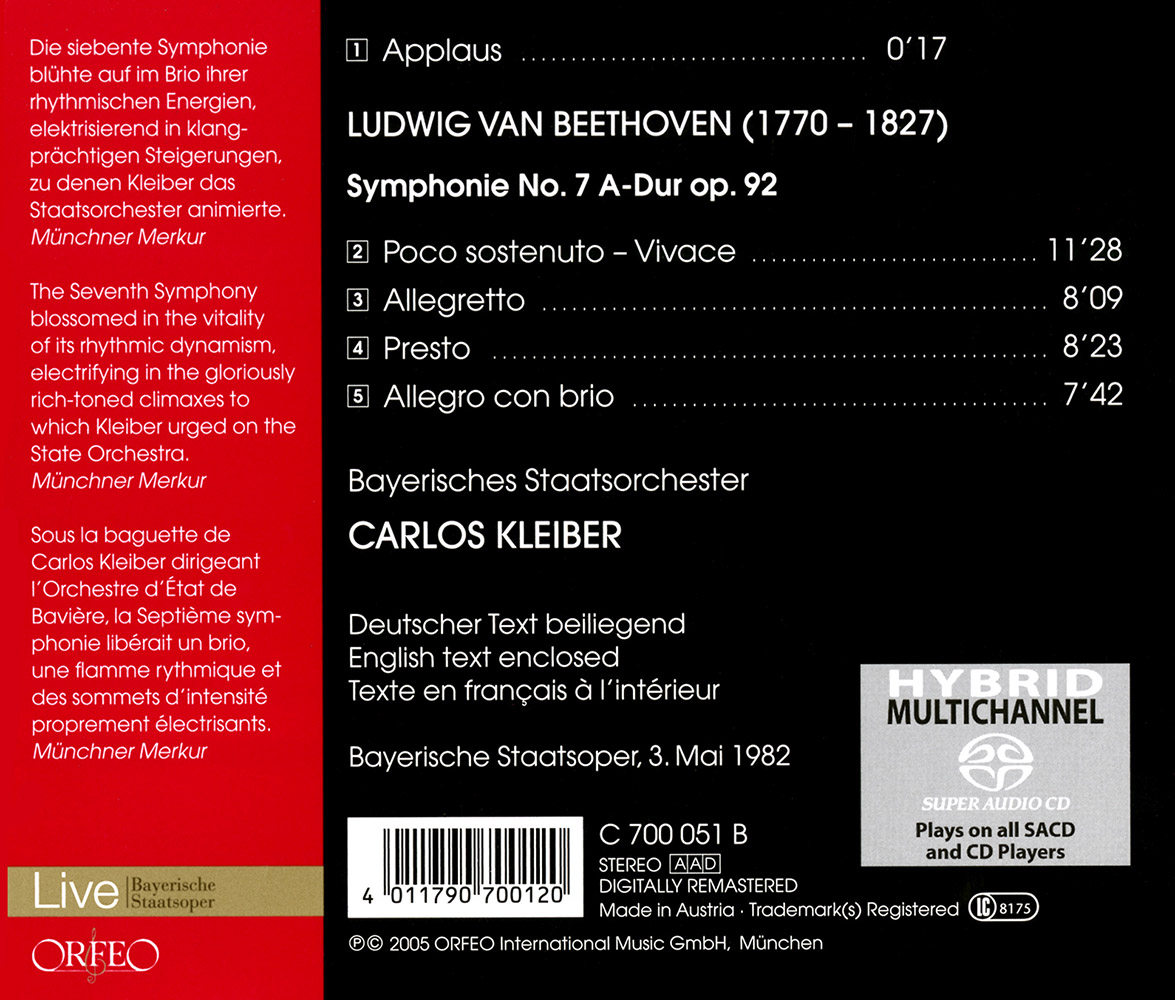 The places where a person’s life unfolds – especially the life of a musician like Carlos Kleiber – are not random but leave their mark on every facet of his personality. Many music lovers think that Carlos Kleiber was born in Vienna. In a deeper sense this is true, as he had the most intense physical relationship with the Austrian capital through his father Erich Kleiber. Erich Kleiber, after all, was not just born in Vienna, he was born in the Kettenbrückengasse, opposite the house in which Franz Schubert died in 1828. In this way the Kleiber family seemed to be bound to the genius loci in a special, profoundly mythical way. Listeners have always felt that they could hear a specifically Viennese quality – a unique authenticity – in Carlos Kleiber’s performances. His repertory, too, was essentially made up of works that were written in Vienna or that are set there. The passion that he invariably brought to Der Rosenkavalier and La traviata is well known, as is his love of at least some of the symphonies of Beethoven, Schubert and Brahms. Even more remarkable, however, is the list of works that he did not conduct: not a single opera by Mozart, but only the overture to Le nozze di Figaro and two of the less frequently heard symphonies, the “Linz” and the B flat major Symphony no. 33. As for Haydn, he conducted only the “Surprise” Symphony, while Mahler was represented only by Das Lied von der Erde, Berg only by Wozzeck, even though this was the work that his father had premiered in 1925. It was a very personal Vienna to which Carlos Kleiber paid tribute in his concerts and opera performances. He concentrated on a small cross-section of this great tradition, causing it to glow with incandescent warmth, as though in a burning glass. It was with corresponding intensity that his readings were indelibly etched on the subconscious of many of his listeners. Carlos Kleiber had an intuitive grasp of the idea of Vienna and for that he did not need to be born in the city. In fact he saw the light of the world in Berlin on 3 July 1930.

At the height of his fame,

Carlos Kleiber could work with any orchestra and in any opera house he wanted under whatever conditions he chose, with a limitless number of rehearsals. And yet he made increasingly infrequent use of the lavish offers that he received. If he was particularly keen to conduct, as he was in Ljubljana, he would do so for nothing. While other conductors set up entire media empires and were at their happiest when simultaneously holding the post of principal conductor in three different places, Kleiber became increasingly obsessed by the uniqueness of the musical event. His fanaticism in the rehearsal room was notorious. He demanded from himself and from others a degree of dedication that went beyond what was possible. Unforgettable performances rewarded this effort. For all his analytical skills and care over detail, he was also able to take a broader view, creating long-breathed paragraphs and exploring the spiritual dimension of works of the Classical and Romantic periods. The white-hot intensity and spontaneity of his conducting led not just to benchmark performances but often left the impression that the works he conducted were being created at the moment of their performance: it was as though the conductor himself were composing them even as he performed them.