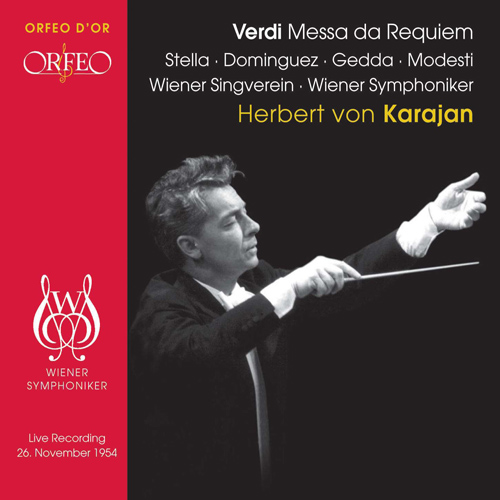 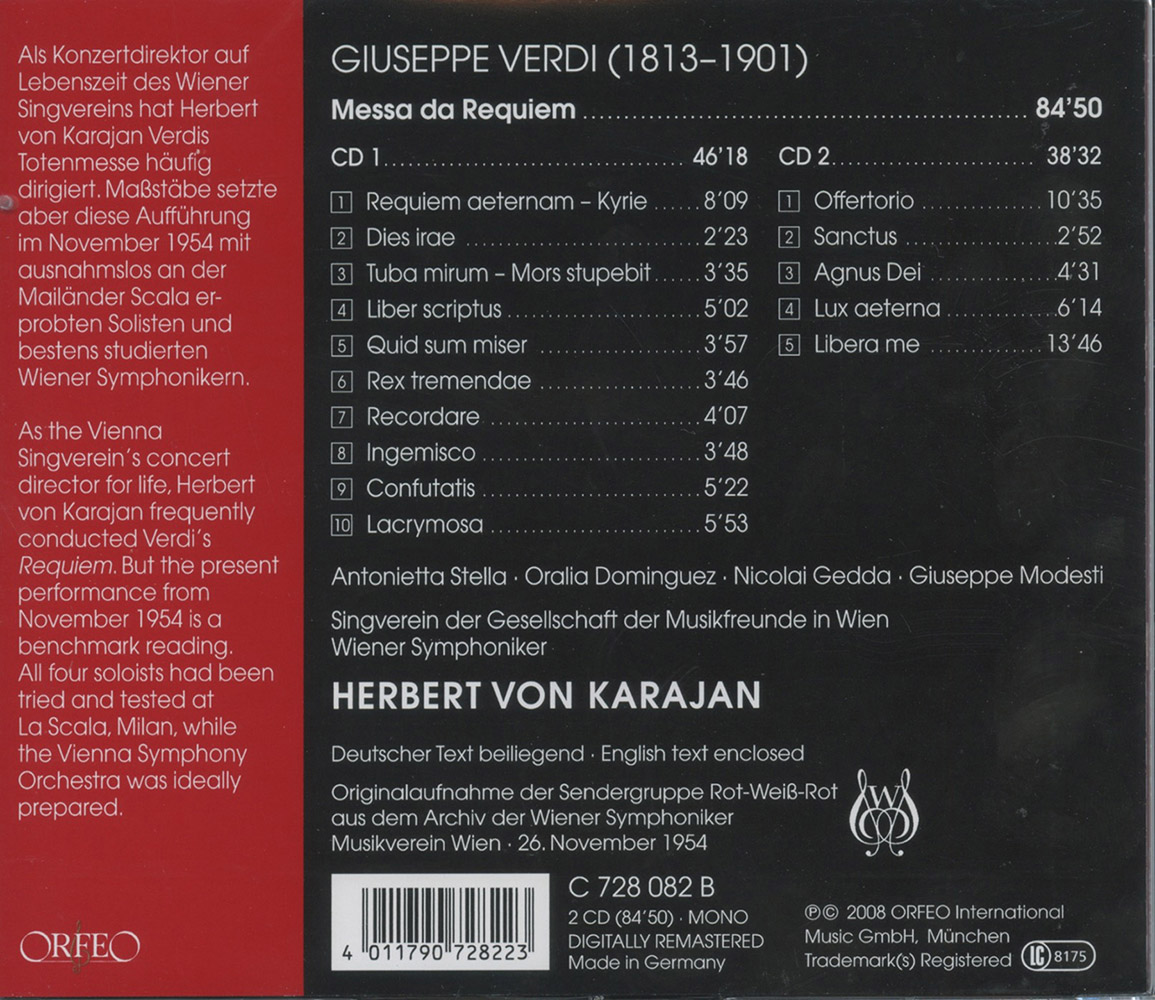 As the Gesellschaft der Musikfreunde’s concert director “for life”, Herbert von Karajan was repeatedly able to programme large-scale vocal works in Vienna’s Musikvereinssaal during the early 1950s. Following a concert performance of Verdi’s Aida that was notable for the fact that, unusually for this period, it was sung in the original Italian, Karajan joined forces with the Vienna Symphony Orchestra and the Singverein in November 1954 to perform the same composer’s Requiem. Even at this relatively early date, he was able to bring together a team of international soloists. The soprano part was taken by Antonietta Stella, who had made her spectacular début as Leonora in La forza del destino in Rome in 1951 and who was often to be heard in Italian roles in many of the world’s great opera houses during the next quarter of a century. With her radiant soprano voice, she ensured that under Karajan’s direction the “Libera me” towards the end of the work left an overwhelming impression. As Clemens Höslinger wrote at the time, the “Hostias” was sung “as if by a ‘vox coelestis’” by the tenor Nicolai Gedda, who in one of his earliest appearances in Vienna gave proof of his unique gifts and musicality, qualities that were to enthral music lovers for decades to come. The Italian bass Giuseppe Modesti was then at the height of his career. A member of the La Scala ensemble, he gave guest performances all over the world, impressing Viennese audiences, too, with his true basso profundo. The Verdi Requiem was also one of the cornerstones of the repertory of the Mexican contralto Oralia Dominguez. Although she was not yet thirty, she had already appeared under such eminent conductors as Victor de Sabata and Ferenc Fricsay in addition to Karajan himself. It goes without saying that with an ensemble of this excellence Karajan’s interpretation, even on CD, is in no way inferior to his later readings of the work but offers a highly interesting alternative in terms of its vivacity and brio.