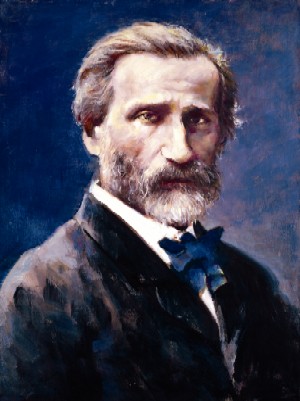 
Verdi dominated the world of Italian opera from his first considerable success in 1842 with Nabucco until his final Shakespearean operas Otello, staged at La Scala, Milan in 1887, and Falstaff, mounted at the same opera house in 1893. His career coincided with the rise of Italian nationalism and the unification of the country, causes with which he was openly associated.

In addition to settings of the Te Deum and the Stabat MaterVerdi wrote an impressive large-scale setting of the Requiem, its origin stemming from the death of Rossini in 1868 and the death of the writer Manzoni. The Requiem is a work of operatic magnificence, none the less moving for its theatrical elements.

The Quattro pezzi sacri (‘Four Sacred Pieces’) were written at various times in Verdi’s later years. The first, Ave Maria sulla scala enigmatica, written in 1889, was followed in publication by Stabat mater, Laudi alla Vergine Maria (on a text from Dante), and Te Deum for double chorus and orchestra. The Quattro pezzi sacri were published in 1898.