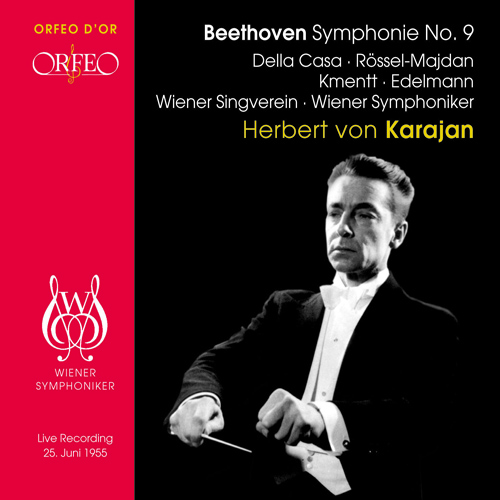 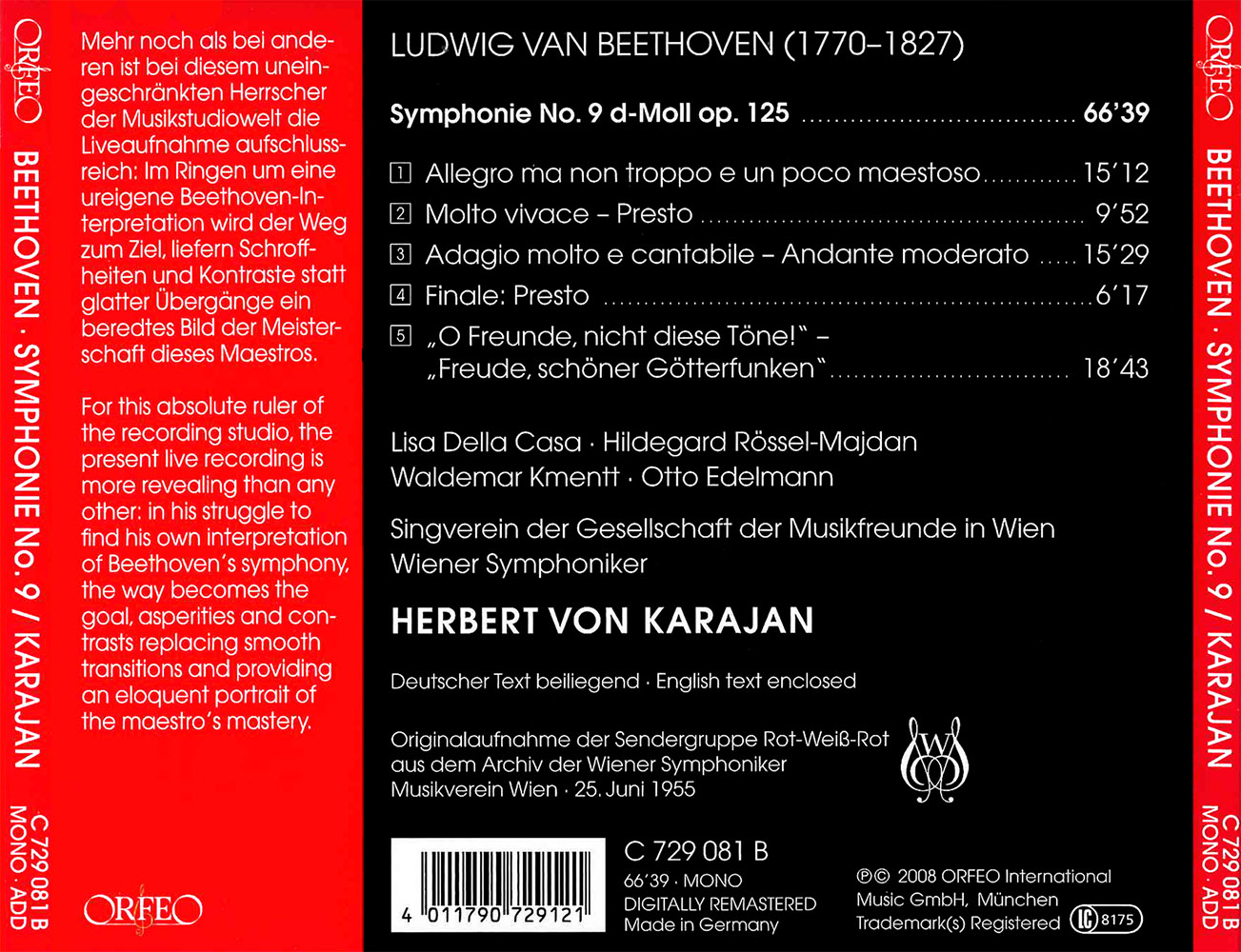 From the late 1940s onwards, Beethoven’s Ninth Symphony in D minor was one of the works with which Herbert von Karajan could impress international audiences before he succeeded to Wilhelm Furtwängler’s post as principal conductor of the Berlin Philharmonic in 1955. In England, Italy and Japan but above all in Vienna with both the Vienna Philharmonic and the Vienna Symphony Orchestras he repeatedly took up the challenge of doing justice to the great demands of this complex work, the choral finale of which is as popular as it is hard to bring off. During the summer of 1955 he conducted it within the context of a series of concerts specially tailored to his talents as a conductor. The line-up of soloists was the same as it had been in the spring of 1953, the concert again taking place under the aegis of the Gesellschaft der Musikfreunde. With this tried and tested team he produced a reading of the work which, re-released on CD, creates an impression of the greatest unity. Working upwards through their respective vocal registers, the soloists are Otto Edelmann, Waldemar Kmentt, Hilde Rössel-Majdan and Lisa Della Casa, whose voice was one of bell-like purity. Together, they achieve the greatest possible mellifluousness. It is no surprise, therefore, to learn that the two women were also part of the team that Karajan used for performances in Brussels, Lucerne and London.

The Vienna Singverein took part in many later concerts with Herbert von Karajan, not only in Schiller’s ode “To Joy” but in other works, too, whereas this was the last occasion on which the Vienna Symphony Orchestra played the Ninth Symphony under the conductor’s direction, even though he continued to make guest appearances with them for almost another decade. The tremendous increase in tension from one movement to the next and the entry of the human voice, which here seems entirely logical, points in many respects to a transitional phase in Karajan’s career, a career in which various factors did not always conspire to such felicitous effect as they did in the Großer Saal of Vienna’s Musikverein in the summer of 1955.