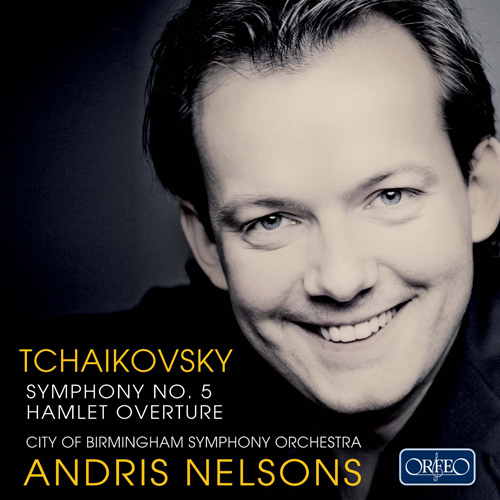 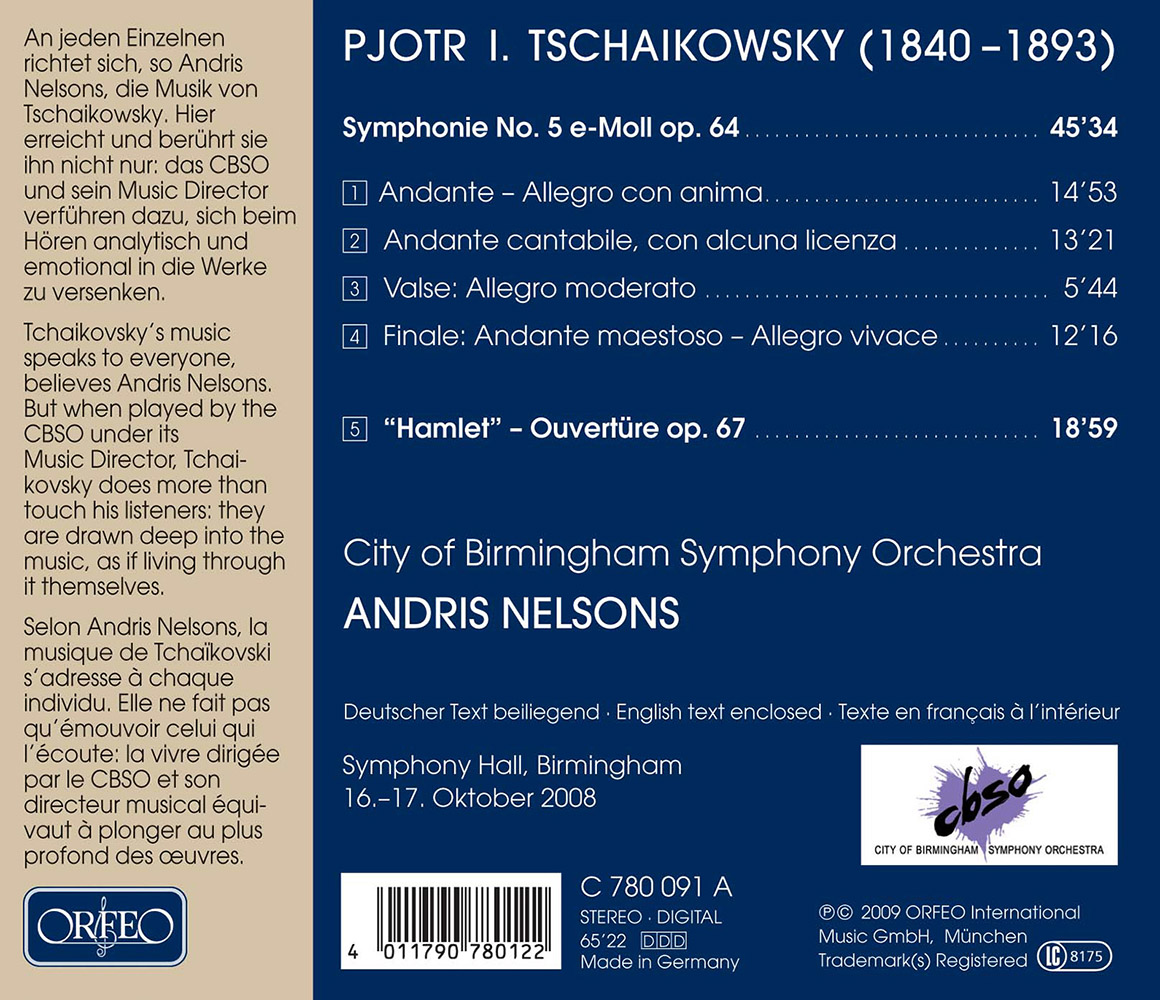 Audience, press and organisers all agree that Andris Nelsons possesses all the qualities of a great conductor.

Within only a few seasons he has created a sensation with many of the most important concert orchestras, from Amsterdam to Philadelphia, as well as at major opera houses such as the Vienna State Opera. On the first ORFEO CD featuring Nelsons with the City of Birmingham Symphony Orchestra, where the young Latvian has been principal conductor since last year, he demonstrates his versatility with Pyotr Il’yichTchaikovsky – notably Symphony No. 5 and the Hamlet Fantasy Overture. Nelson’s “strong sense of architecture and dramatic momentum”, as lauded for example in the Financial Times, shows to full advantage not only in this overture with its wealth of contrast and tone colour. It is readily perceptible that since his youth Andris Nelsons has been influenced and fascinated by Russian music as well as by the overwhelming emotional power and deeply confessional element in Tschaikowsky’s music, which Nelsons sees as personal, in contrast to Beethoven’s and Wagner’s universal message. Nelsons takes the numerous variants of the “Fate” motif in Tchaikovsky’s Fifth Symphony and develops them clearly as stages in a crisis of a genius whose doubts are not completely dispelled, even in the superficially triumphal final march; as subtle nuances they pervade the piece, as amply brought out by Nelsons and the CBSO – both conductor and orchestra fearless in the face of artistic venture. Between the instrumental groups, the phrases in the middle and subsidiary voices are further elaborated with amazing flexibility in the tempi and fine detail, within an apparently unlimited tonal spectrum. Whether strings, woodwinds or brass – throughout all groups, enthusiasm for collaborative music-making with Nelsons is evident; they are all on the same wavelength, fuelled by the same unbridled energy that forms the basis of this promising partnership.