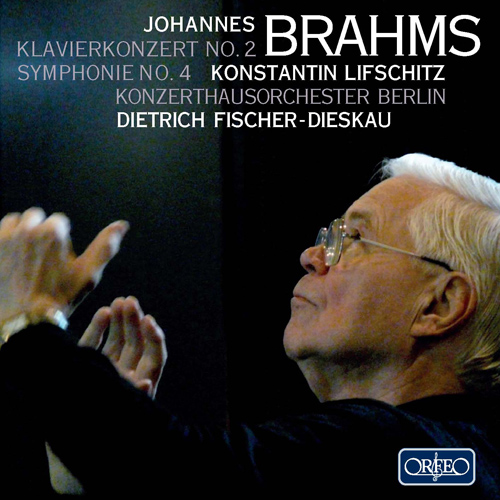 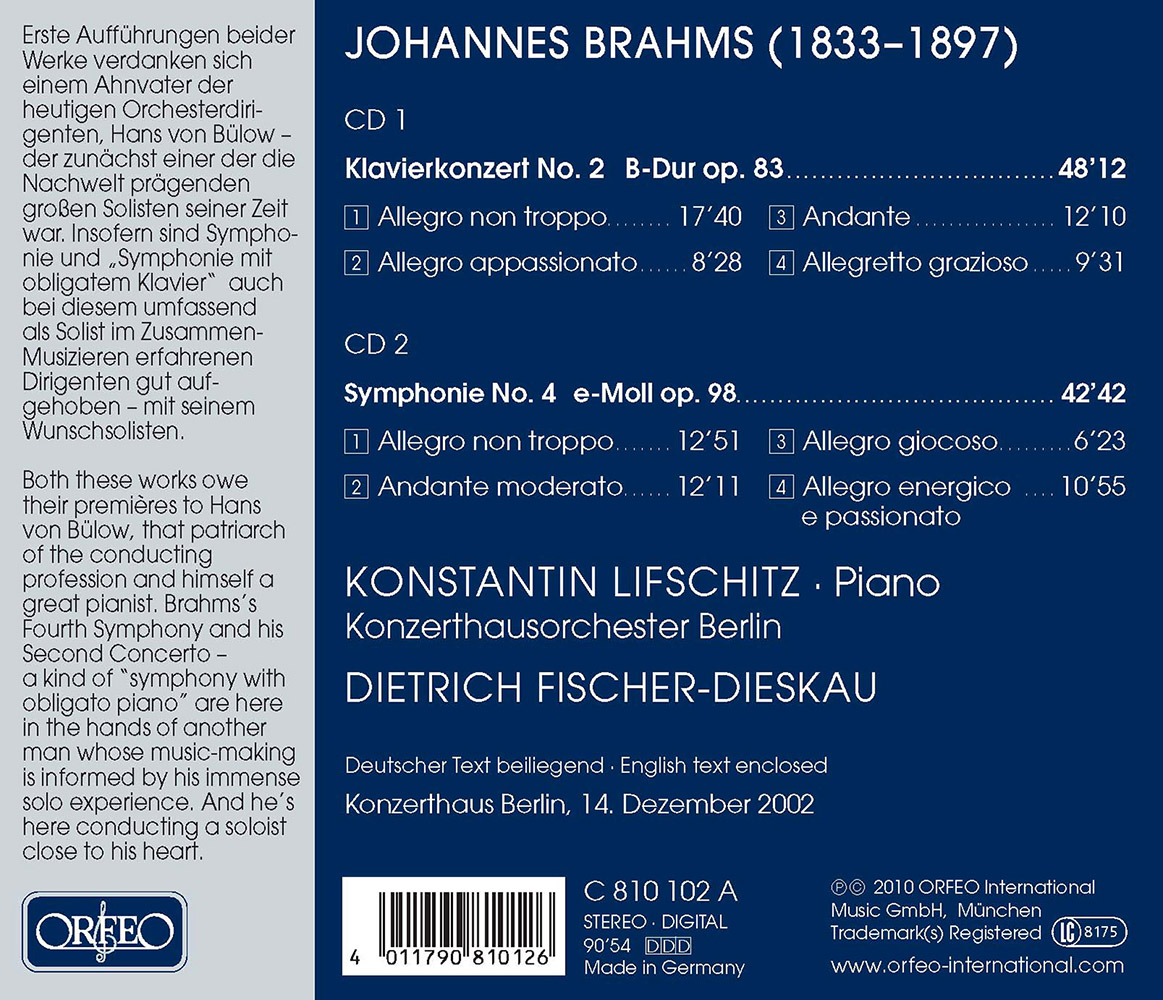 Klavierkonzert No. 2 / Symphonie No. 4

With an artist such as Dietrich Fischer-Dieskau, who has engaged successfully with the work of so many composers, it makes little sense to assign Johannes Brahms a special place in his repertoire (alongside Franz Schubert, Hugo Wolf and innumerable others).

And yet his 85th birthday is perhaps an appropriate occasion to point out that in the case of Brahms, the conductor Fischer-Dieskau cannot be separated from the singer (no less than either can be separated from Fischer-Dieskau the painter or writer). It is perhaps with no other composer that Dietrich Fischer-Dieskau’s universality comes to such fullness of expression. There is here an awareness of tradition, form and historical contrasts, both in competition and in equilibrium with each other (and all the greater for it), a never-ceasing delight in discovery and above all an honest desire to communicate in the languages of music and poetry (but of course – who else could have made Die schöne Magelone as popular in the dual role of singer and speaker?). He was able to realize this brilliantly on the conductorÕs rostrum, as is proven by this live CD recording with the Konzerthausorchester Berlin in its home on the Gendarmenmarkt in December 2002.
Konstantin Lifschitz is a piano soloist in the Second Piano Concerto who is as thunderingly virtuosic as he is subtly aware of form. And the Fourth Symphony by Brahms offers a marvellous example of how breathing and phrasing is the basis of all common music-making, not least in the symphonic repertoire (and just as much in the concerto here that was in Brahms’ day scolded as being a „symphony with obbligato piano“). Dense agogic and dynamic elaboration and a sense of withdrawn contemplation do not just alternate in this piano concerto, but rather emerge one out of the other. The same is true of the symphony’s formal coherence, from the directness of its opening to its abrupt, almost brusque close. Dietrich Fischer-Dieskau, Konstantin Lifschitz and the Konzerthausorchester Berlin reveal in every moment that musical beauty in Brahms, whether calm or passionate, is always grounded in a consistent musical rhetoric, and that this beauty must be striven for – a process that is as exciting as it is, in the end, mellow and enriching.