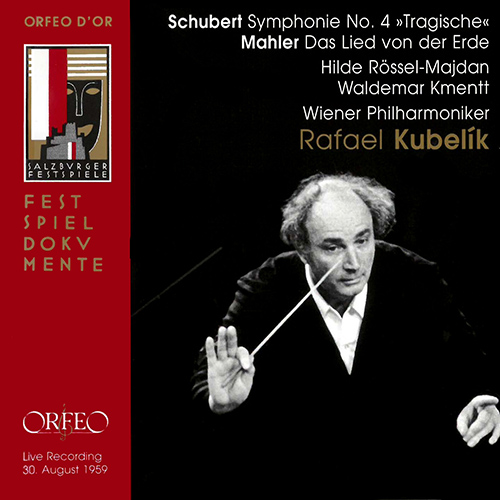 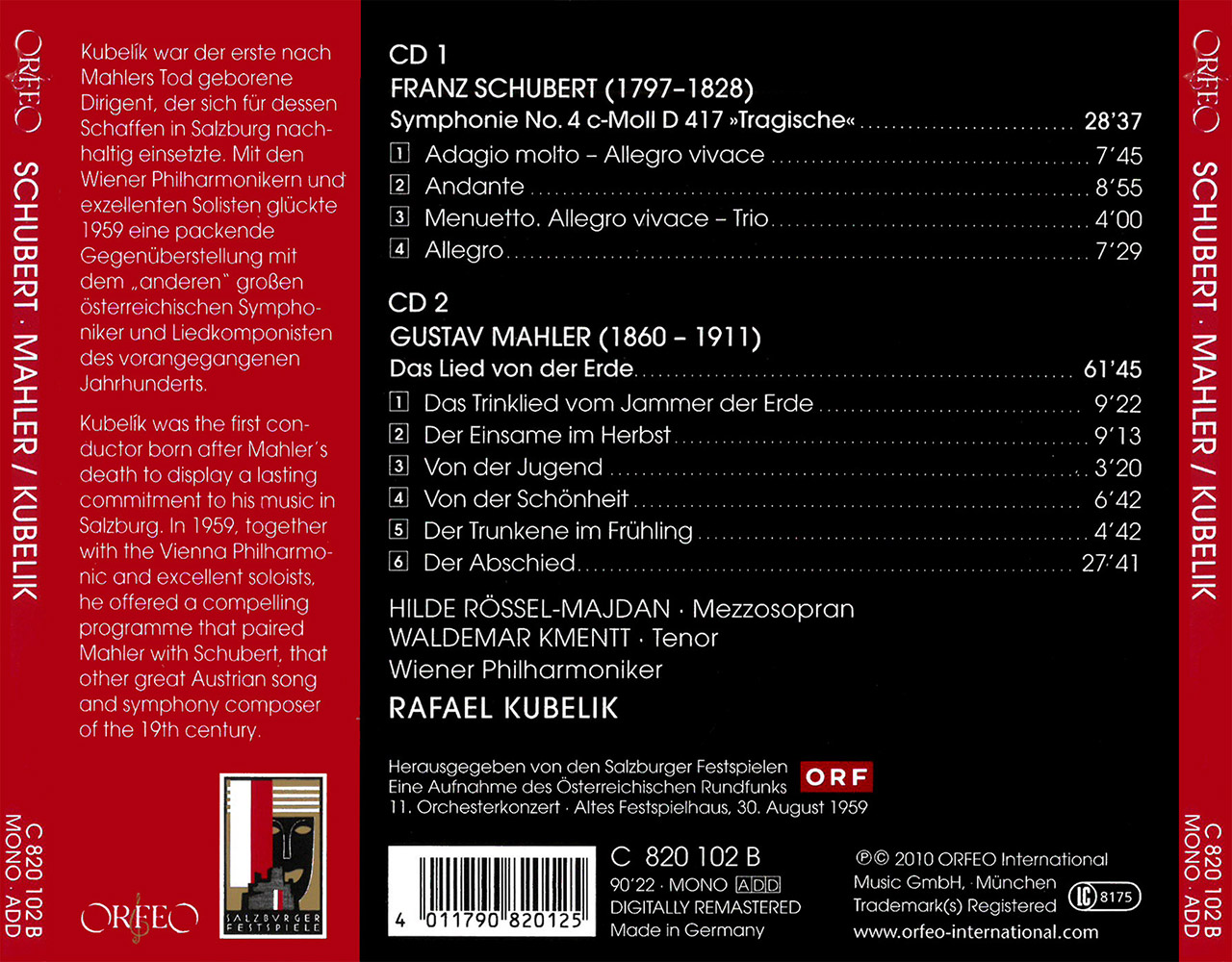 Just a decade later, Rafael Kubelík made a similar pairing of Mahler with Viennese Classicism, again with the Vienna Philharmonic, when he performed Schubert’s Tragic Symphony No. 4 in c minor D 417 and Mahler’s Lied von der Erde. The Schubert symphony, with its melancholic opening movement and pugnacious closing Allegro, led as it were seamlessly into the fatalistic drinking song at the beginning of the Mahler and into the evening ambience of the ensuing movements. With Hilde Rössel-Majdan and Waldemar Kmentt, Kubelík had two soloists who were able to follow superbly the conductor’s precise phrasing and his ability to spread out the work’s sound colours before them.