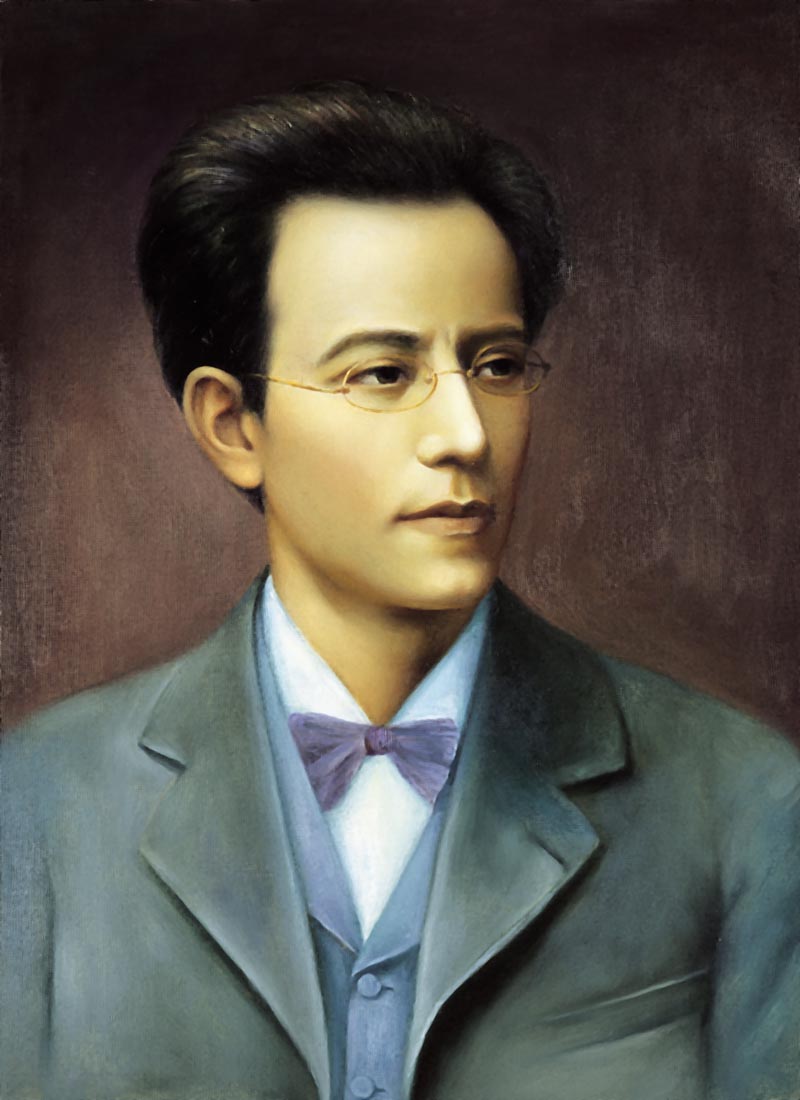 
Born at Kaliště in Bohemia, the son of a Jewish pedlar, Gustav Mahler later described himself as three times homeless: a Bohemian in Austria, an Austrian among Germans, and a Jew throughout the world – everywhere an intruder, never welcomed. His principal musical training was at the Vienna Conservatory, after which he embarked on a career as a conductor which took him to important positions in Budapest, Hamburg, and finally the Vienna Court Opera, where he made a number of major reforms. Hostility fomented by sections of the press forced his resignation in 1907, after which he briefly continued a distinguished international career as a conductor, notably in New York, until his death in 1911. As a composer Mahler wrote symphonies that absorbed into their texture and form the tradition of German song, the music reflecting the spirit of the time in which he lived, in all its variety.

Orchestral Music
Mahler completed nine symphonies (leaving a 10th unfinished) in addition to Das Lied von der Erde (‘The Song of the Earth’), a symphony in all but name which comprises settings of a series of poems from Bethge’s Die chinesische Flöte. The first of the symphonies, sometimes known as ‘Titan’, includes a remarkable ironic funeral march that transforms a nursery tune; Nos 2, 3, 4 and 8 make use of voices, the last of these on a massive scale. All the symphonies, in their variety of mood, offer a reflection of the world through music that may occasionally be garish and yet often reaches unsurpassable heights.

Vocal Music
In addition to the vocal element in his symphonies, Mahler wrote songs of singular beauty. They include settings of poems from the Romantic anthology Des Knaben Wunderhorn (‘The Boy’s Magic Horn’), Lieder eines fahrenden Gesellen (‘Songs of a Wayfarer’), and Rückert’s Kindertotenlieder (‘Songs of the Death of Children’).