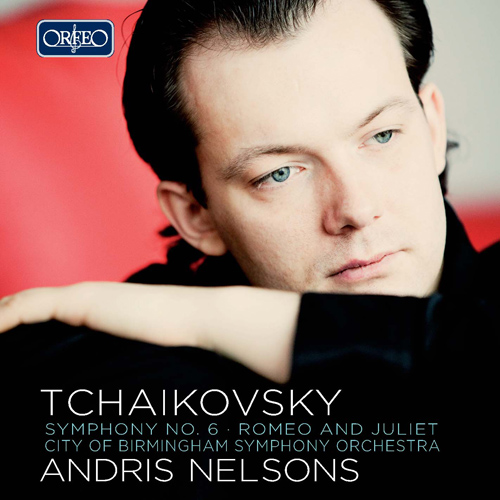 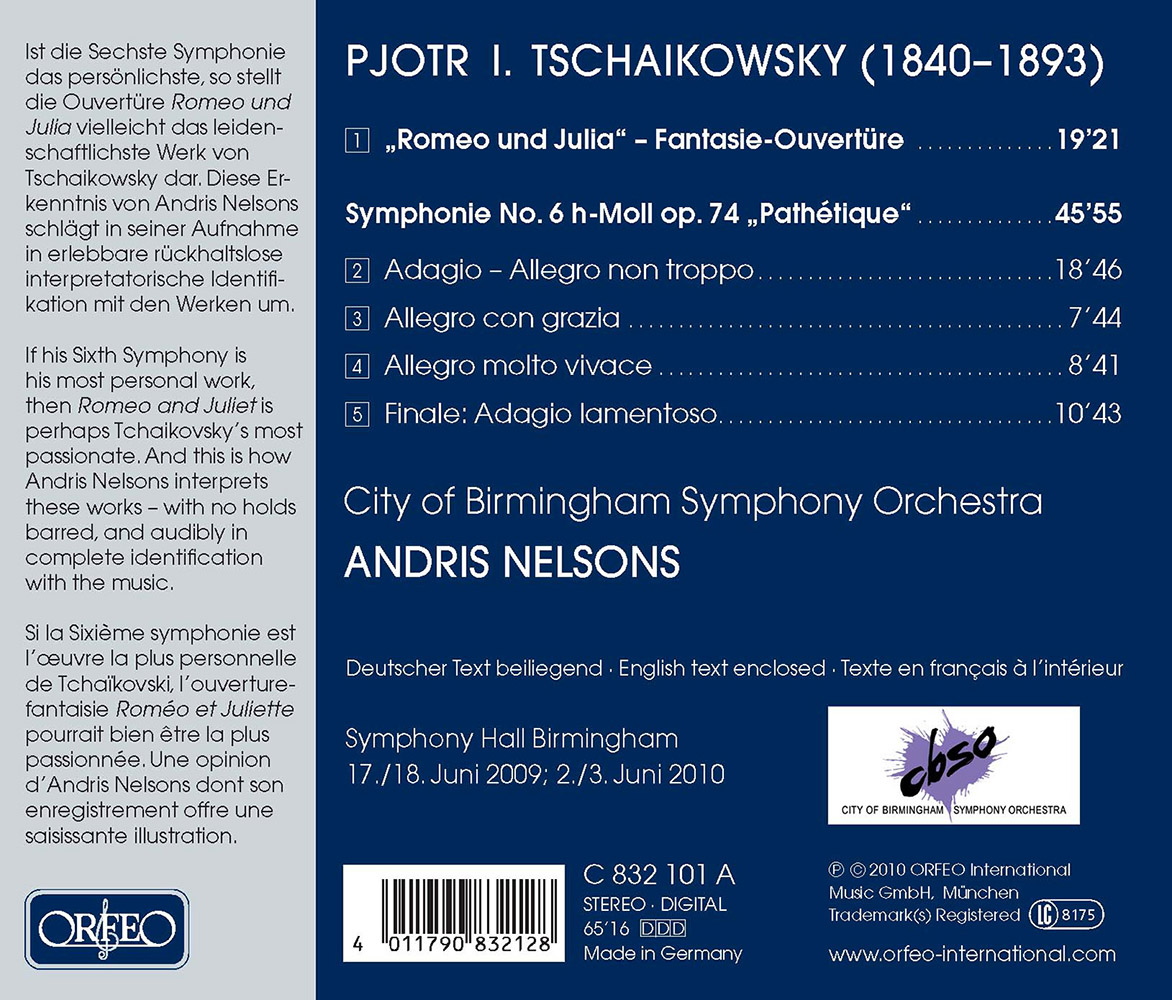 The City of Birmingham Symphony Orchestra and its music director Andris Nelsons here present their second Tchaikovsky CD for Orfeo. Besides his Fantasy Overture Romeo and Juliet, we offer his Symphony No. 6 in B minor, the so-called “Pathétique”. If one takes as one’s starting point the first version of Romeo, then a full 25 years lie between these two works (the Symphony reached its first performance only nine days before the sudden, mysterious death of its composer). But both works bear the marks of Tchaikovsky’s emotion-laden compositional style.

They alternate between a brooding, muffled downheartedness and a sudden effervescence and rearing up; and Nelsons and the CBSO follow these emotional gear-changes closely from bar to bar. This performance offers the full and varied palette of Tchaikovsky’s lush and glowing orchestration, from the brusque accents in the wind and gnarled embellishments in the strings in the faster sections to the downright ecstasy of the broad melodic passages. Yet over it all there reigns a lucid clarity, which allows for a soulful treatment of the musical motives that is never geared just for effect nor descends into mawkishness, be this in the love motive of Romeo and Juliet, the chorale in the first movement of the “Pathétique” or the (death?) march in the third. To Andris Nelsons, this symphony has a continuous pulse that can be heard from the very beginning that signifies Tchaikovsky’s insight into his unavoidable fate – and we can hear it in this interpretation. This is important to Nelsons, for above and beyond the beauties of this music he has a deep concern for its earnest, deeply personal messages – whether euphoric, pugnacious or resigned – both in the Overture and in the Symphony. And indeed, the CBSO and Andris Nelsons make Tchaikovsky’s passion and melancholy so compelling that listening makes one forget one’s reserve, leaving one both deeply impressed and moved.