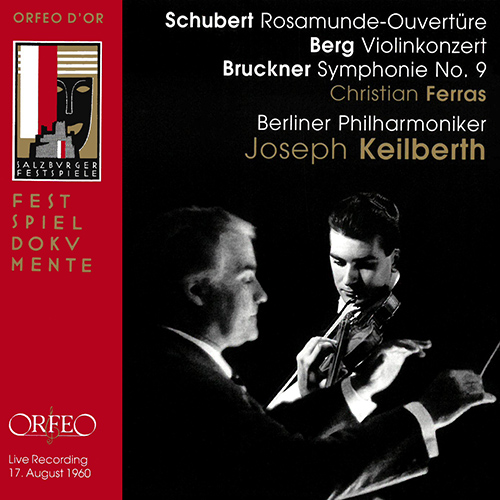 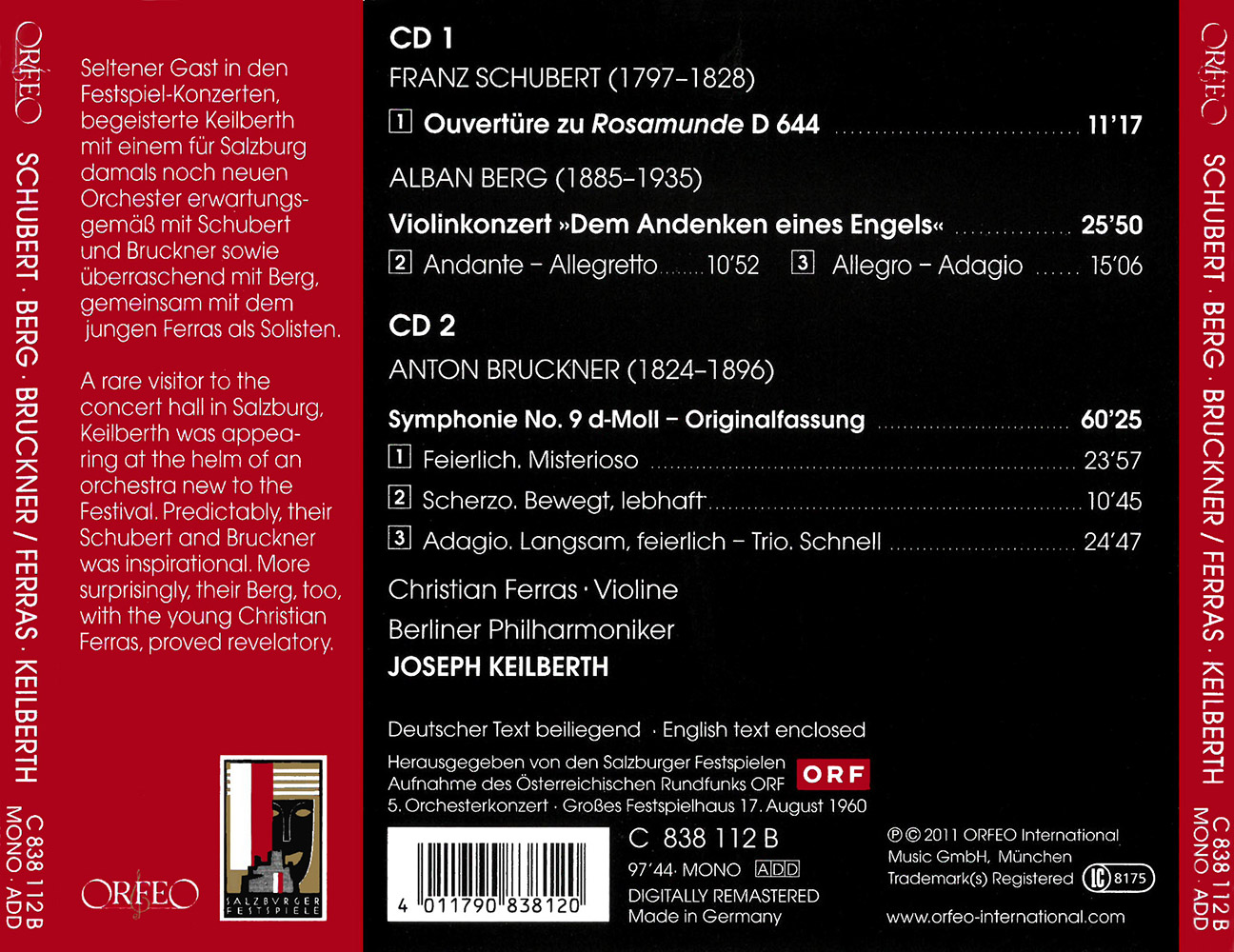 At a time when Herbert von Karajan was leaving his mark on the Salzburg Festival, there was still room for other leading conductors. Indeed, his plans for the repertory, which included the decision to invite other guest orchestras to Salzburg in addition to the Vienna Philharmonic, would hardly have been realizable at all if he had not been willing to tolerate distinguished rivals, a willingness that may even have inspired the competition. Among the conductors who returned repeatedly to Salzburg from 1957 was Joseph Keilberth, and if he did not appear even more frequently at the Festival, this was no doubt due first and foremost to his workload, which included not only Salzburg but also the Bayreuth and the Munich Opera Festivals. But whenever he had a gap in his schedule, Salzburg, too, could look forward to an undoubted high point in its calendar, as was the case in 1960, when Keilberth appeared with the Berlin Philharmonic for a musically varied programme made up entirely of works by Austrian composers. The concert’s fleet-footed opening took the form of Schubert’s so-called Rosamunde Overture (actually the overture to the opera Die Zauberharfe D 644), which was followed by Berg’s Violin Concerto (“In Memory of an Angel”), not a work that one typically associates with Keilberth, but his reading of the piece with the young soloist Christian Ferras makes it clear that he found Berg’s music eminently accessible, making it all the more regrettable that at the time of his premature death in 1968 he was still hesitating to take Wozzeck into his repertory. He was on more familiar ground with Bruckner’s Ninth Symphony, which brought his 1960 Salzburg Festival concert to an end in a particularly festive and musically distinguished way.