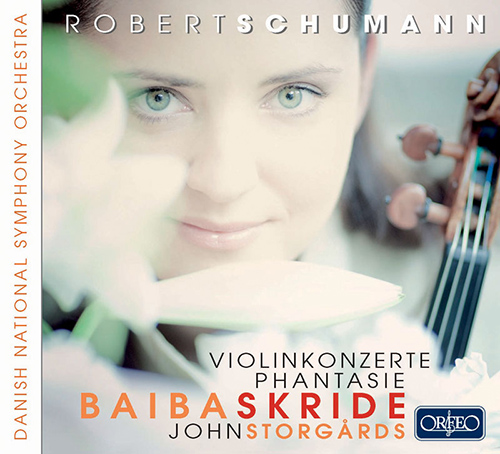 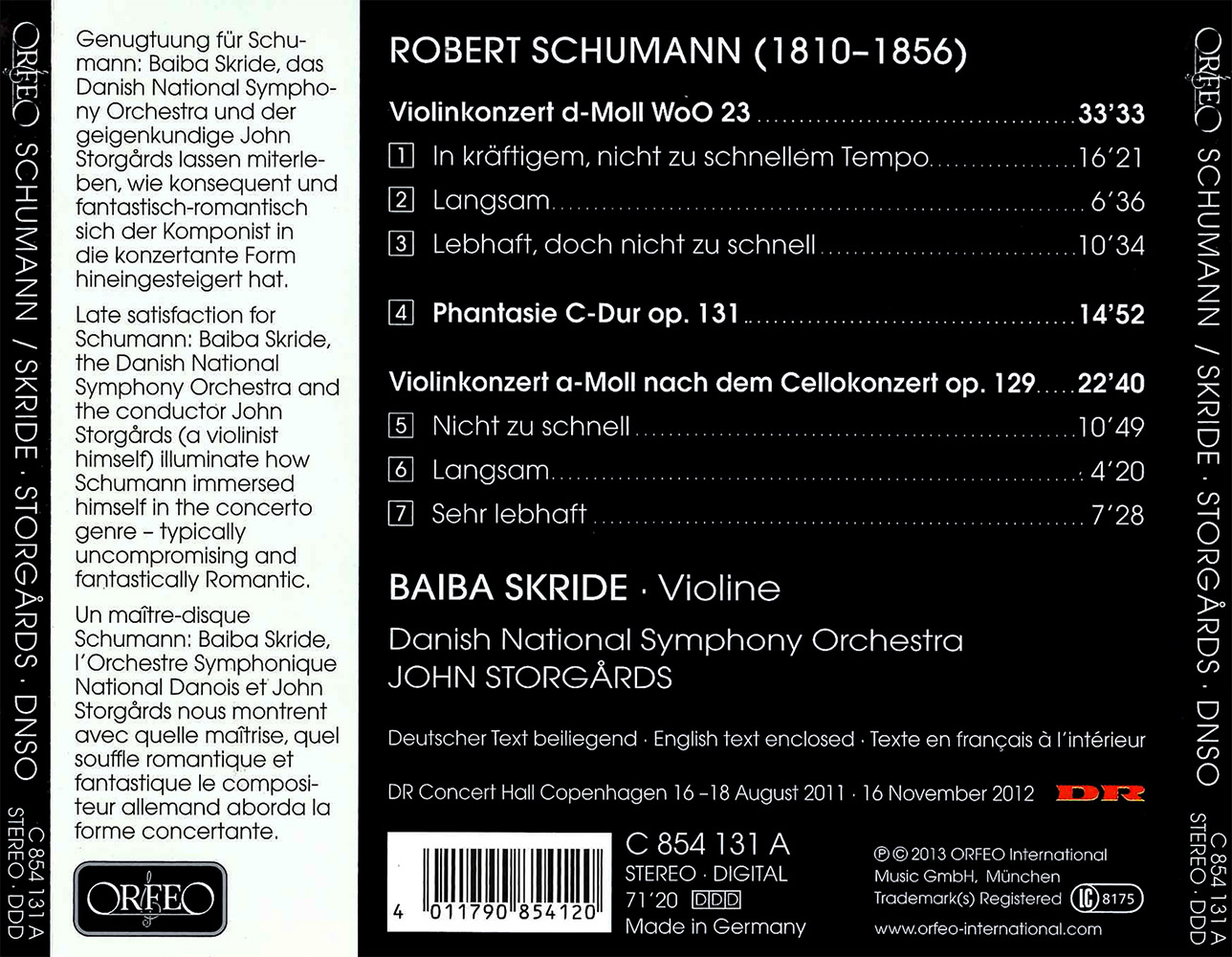 When listening to this new CD with Baiba Skride, it is difficult to comprehend why the music world for so long had a negative opinion of Robert Schumann’s works for violin and orchestra. It was the course of history that was to blame – these works were written in the last three years of the composer’s life, and it was a stroke of ill luck that the Violin Concerto in D Minor was completed in 1854 at the fatal moment when Schumann fell foul of mental illness. This fact coloured opinions on the objective quality of the concerto for many years thereafter, and neither Schumann’s own heirs nor those of Joseph Joachim – its intended interpreter – made any move to have it published. Only in the 20th century did people begin to realize (and only gradually, right down to the present day) just how consistent Schumann had been in his approach to the violin and in exploring its possibilities – not least thanks to his enthusiasm for Joachim’s playing. Baiba Skride now offers a performer’s perspective on Schumann’s violin oeuvre by recording not just the Violin Concerto in D Minor but also the Phantasy in C Major op. 131 and the Violin Concerto in A Minor op. 129. The last of these is an arrangement for violin of Schumann’s Cello Concerto that the composer himself made for Joachim. During Schumann’s own lifetime it was the Phantasy that had the best reception. It is cast in a condensed lied form and indeed has the most immediate impact with its restrained, songlike opening for the soloist, its rhythmic vigour and contrasts, and its highly virtuosic cadenza. The transitions in the Violin Concerto transcend the Classical tripartite model, and for these and the quasi-symphonic aspects of its form the soloist must establish a dialogue with his musical partners that is characterized both by flexibility and great precision. Baiba Skride’s experience in chamber music here stands her in excellent stead. And the constellation here with the conductor John Storgårds (who began his career as a violinist) and the Danish National Symphony Orchestra, one of the great European orchestras specializing in the Romantic repertoire, offers a combination that is ideal for Schumann’s sound world.