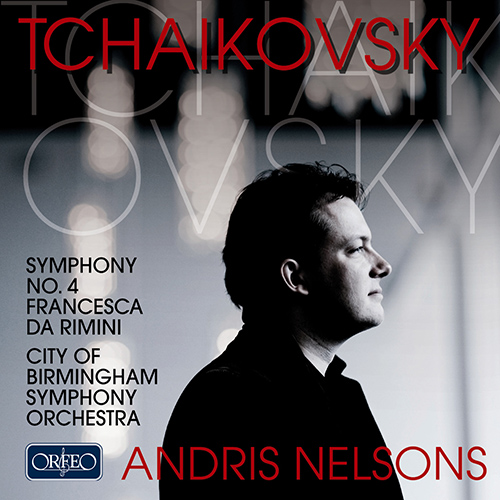 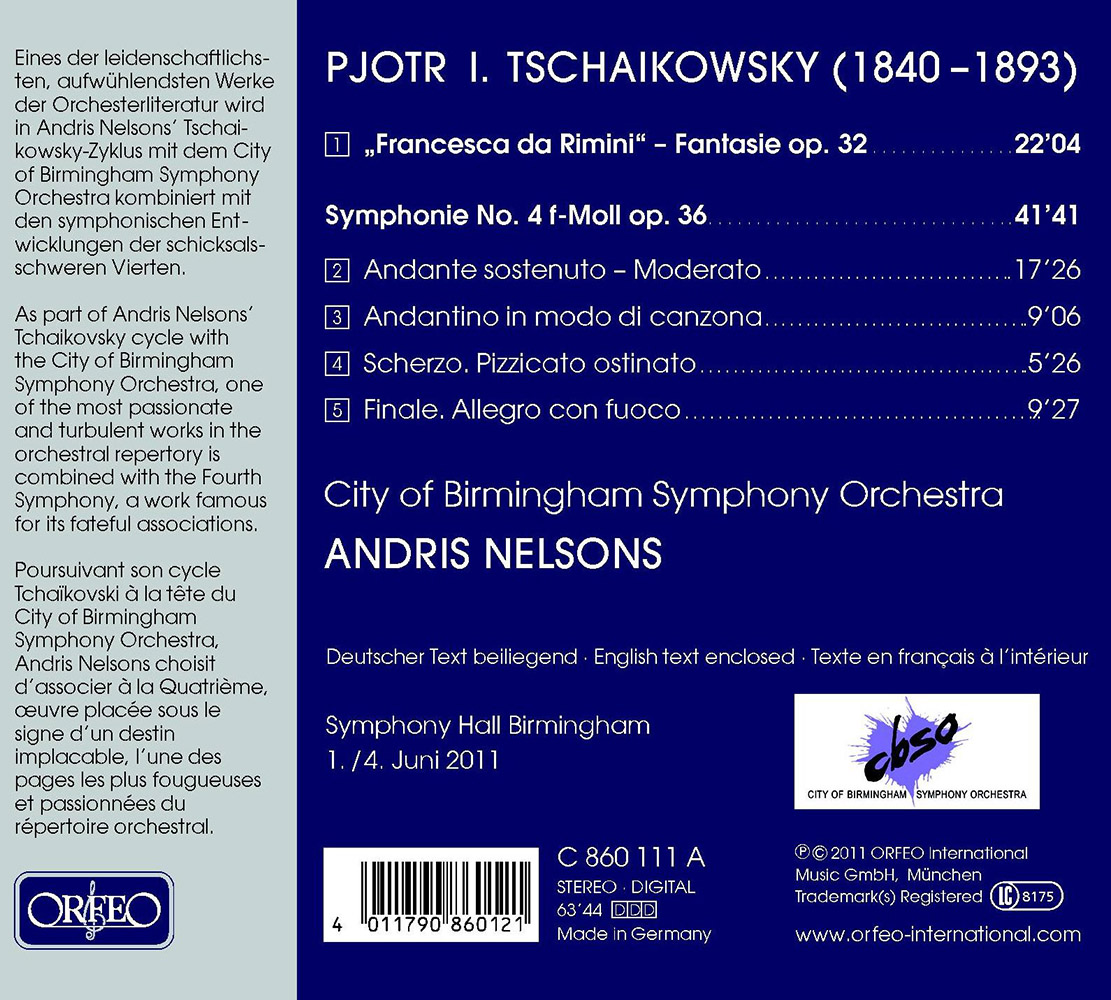 A recent recipient of ECHO Klassik's award as “Conductor of the Year”, Andris Nelsons is now continuing his series of highly acclaimed recordings with the City of Birmingham Symphony Orchestra. More especially, he is continuing his exploration of Tchaikovsky's symphonies. The Fourth Symphony and Francesca da Rimini were deliberately chosen in that they both mark a new stage in their composer's development and reflect his attempt to process and sublimate his deep personal crisis of 1876-7. The figure of Francesca da Rimini was inspired by Dante's Inferno, where she embodies a type of forbidden love unable to find redemption. In turn she inspired Tchaikovsky to write a symphonic fantasy both gloomily oppressive and lyrically expansive. Andris Nelsons and his orchestra succeed in squaring this circle of Hell by ensuring that the musical contrasts are organically interrelated, while losing none of their tension and excitement, and this remains true from the threatening chromaticisms of the introduction, which demonstrates that there is no way out of this particular Inferno, to the magnificent climax of the lament evoking Francesca's torments in love. Andris Nelsons' performance of the Fourth Symphony follows a similar trajectory, albeit on a much bigger scale, producing an exquisite aural experience. At the beginning, the fate motif in the brass avoids all garishly empty effects but is built up in an oppressively multilayered manner, while the following dance-like scalar runs and rhythms in the strings and woodwinds seem to be cautiously groping their way forwards, victory ultimately achievable only by dint of a struggle, yet even when they climax at the end of the opening movement they are unable to assert themselves in the face of the implacably recurrent fate motif. The elegiac second movement likewise pursues a quasi-circular course, starting out from the ascending and descending melodic line of the finely accented solo oboe. In the third movement's pizzicato writing and wind figurations, there is a palpable sense of enjoyment on the musicians' part, which in the final movement creates a positively overwrought impression. The decision to return to life through contact with the “people” (and with their songs), which Tchaikovsky explained was the driving force behind this passage, is altogether overwhelming here: it is a remarkable feat of orchestral sonority.