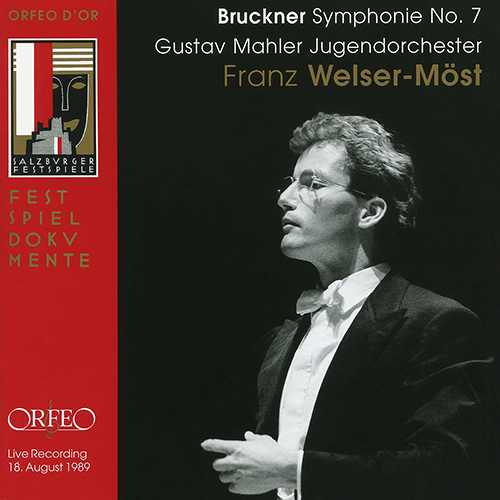 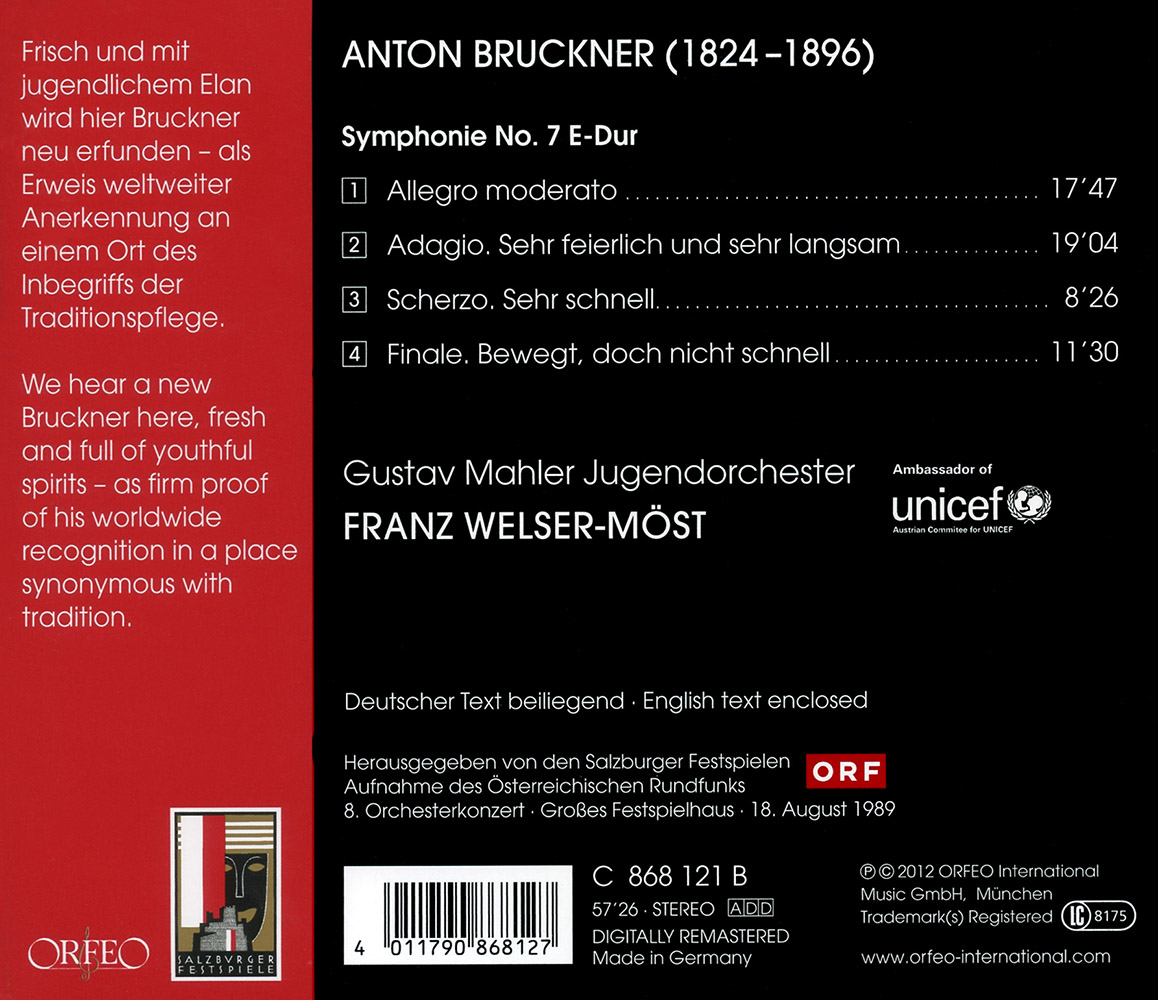 We can draw similar conclusions about Franz Welser-Möst, whose first Bruckner performance at the Salzburg Festival was justly celebrated in 1989. He conducted the Gustav Mahler Youth Orchestra in the Seventh Symphony, in an interpretation by these young performers that was astonishing in its transcendence and in its manner of outlining the work’s musical contrasts. It was no surprise that the press greeted the conductor and the orchestra as a sensation and as a great hope for the future – it was also, after all, the first Festival “after” Karajan. Those hopes were later confirmed, and Welser-Möst and the Gustav Mahler Youth Orchestra have since then returned to Salzburg on a regular basis.