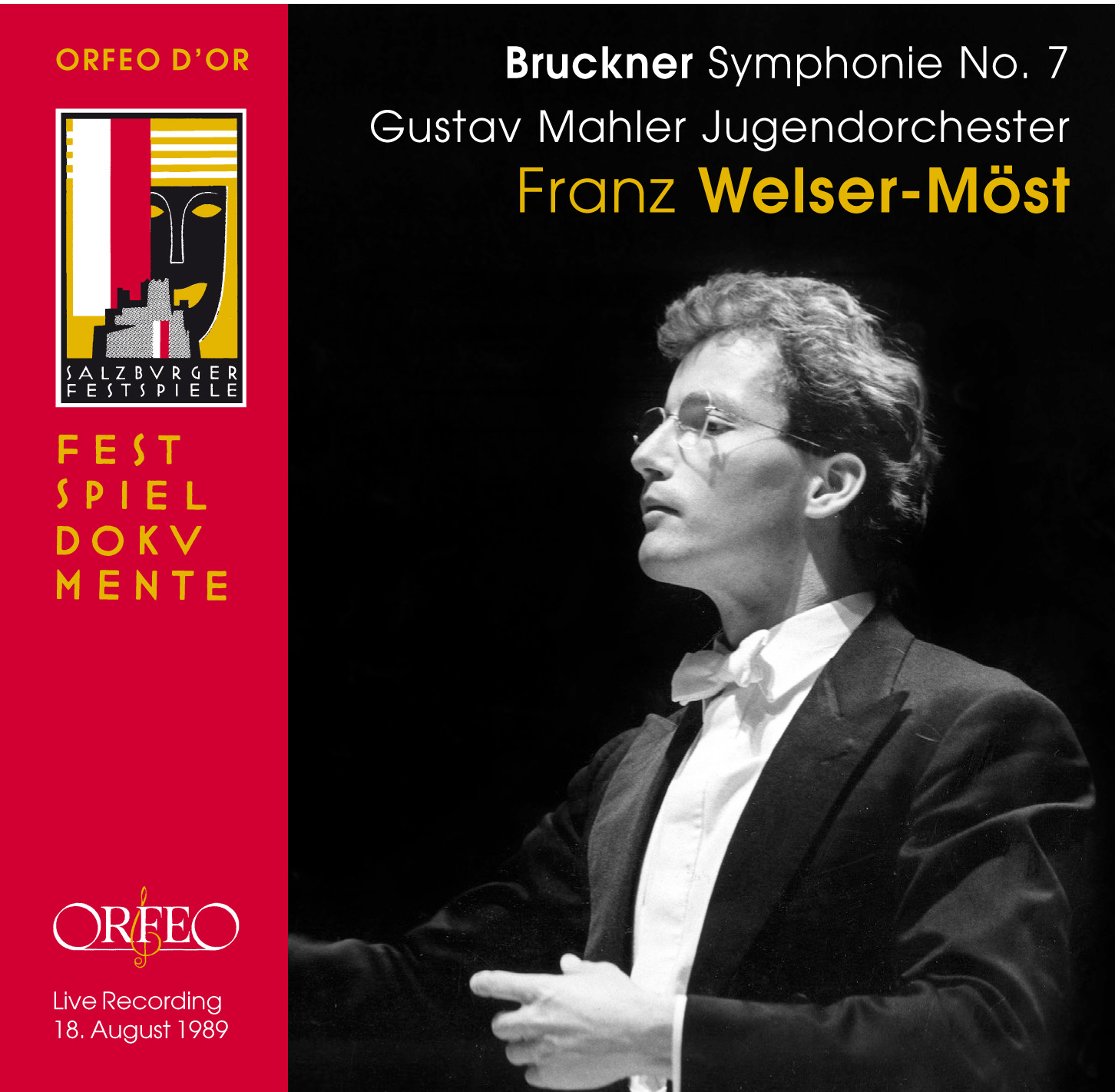 Franz Welser-Möst studied the violin and piano as a child and also sang in a choir. When he was fourteen he entered the Linz Music School, and two years later began to conduct its orchestra and chorus, doing so in public for the first time in 1977. He survived a serious motor accident in 1978, when his car skidded on ice, but was left with permanent nerve damage in his left hand which destroyed any chance of a future career as an instrumentalist. In order to retain his relationship with music he concentrated wholly on conducting, and became a conducting pupil of Balduin Sulzer. He was a finalist in the 1979 Herbert von Karajan Conducting Competition in Berlin, and went on to study at the Music High School in Munich between 1980 and 1984, but did not graduate. Welser-Möst’s professional début as a conductor was in 1983 with the Vienna Chamber Orchestra; and his first permanent appointment came early in his career in 1986, when he took up the post of chief conductor of the Norrköping Symphony Orchestra in Sweden, a position he retained until 1991. During 1986 he also substituted for Jesús López-Cobos in an all-Mozart concert with the London Philharmonic Orchestra, led it during a tour of Europe, and gained favourable critical coverage. As a result he received numerous offers of guest engagements, and he made his débuts at the Vienna State Opera, with Rossini’s L’Italiana in Algeri, in 1987, and in the USA, with the St Louis Symphony Orchestra, in 1989.

In the following year, Welser-Möst became the chief conductor of the London Philharmonic Orchestra. His six-year tenure of this post was not without controversy, although in retrospect he viewed it as a valuable experience, commenting about it in an interview with Norman Lebrecht thus: ‘After London you learn to take criticism the right way. You learn the political side of our business—who has power, who abuses it. You learn to trust your instincts. The experience made it easier for me to deal with the world, to be stronger in my beliefs. I don’t regret one second of it.’ One notable feature of Welser-Möst’s period with the LPO was the production of an interesting discography with the orchestra for EMI, the record company with which he has been most closely associated to date.

Welser-Möst made his début at the Glyndebourne Festival Opera with Lehár’s Die lustige Witwe in 1993, returning to conduct Mozart’s Così fan tutte and Britten’s Peter Grimes. Before leaving the London Philharmonic Orchestra he was appointed chief conductor of the Zürich Opera House with effect from 1995, having first appeared there in 1992 conducting Richard Strauss’s Der Rosenkavalier. Here he was again able to explore a wide repertoire and in many ways to develop his career along the lines of the major conductors of the earlier part of the twentieth century, although he himself has said, ‘I’m not the old type of conductor. I try to live in the 21st century.’ This parallel with the past was further reinforced in 1999 when he was appointed to succeed Christoph von Dohnányi as chief conductor of the Cleveland Orchestra, with effect from the 2002–2003 season. His musical direction of this great orchestra has been marked by a consistently adventurous approach to repertoire, as well as by ambitious touring plans, which have seen the orchestra performing in Europe more frequently than in the past, as well as undertaking exchange programmes with the San Francisco Symphony Orchestra. Having learnt early in his career the dangers of accepting too many engagements, Welser-Möst now spends three months each year away from conducting. His guest-conducting is limited to appearances with the major orchestras in Berlin, Munich and Vienna, although he also maintains links with youth orchestras in both Europe and America.

In his performances Welser-Möst emphasizes clarity and a singing line. His interpretative character, as revealed by his work with the Cleveland Orchestra, is individual and distinct from those of his distinguished predecessors Szell, Maazel, and Dohnányi. To the virtuosity which is taken for granted in the USA, he has added a more European finesse and elegance. In the words of the critic of the Financial Times, writing in February 2005, ‘…avoiding exaggeration and refusing to acknowledge the possibility of vulgarity, he has persuaded his musicians to perform as if chamber music were a universal goal.’ Welser-Möst’s recordings have been made predominantly for EMI. In addition to music by canonical composers such as Bartók, Beethoven, Bruckner, Kodály, Lehár, Mahler, Mendelssohn, Mozart and Stravinsky, his discography includes more unusual repertoire such as Korngold’s Symphony, Gruber’s Frankenstein!!, Kancheli’s Symphony No. 3, Pärt’s Fratres, Franz Schmidt’s Symphony No. 4 and oratorio Das Buch mit sieben Siegeln, and Johann Strauss II’s rarely-heard operetta Simplizius.