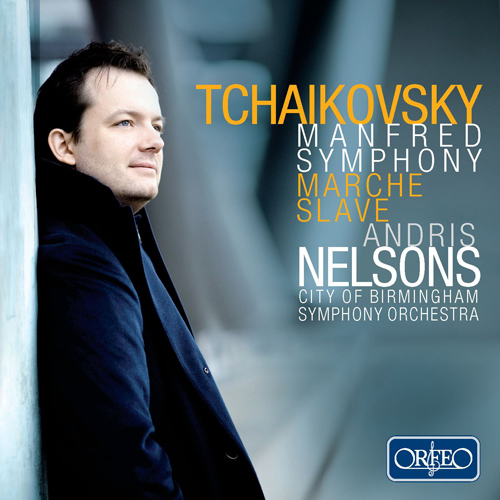 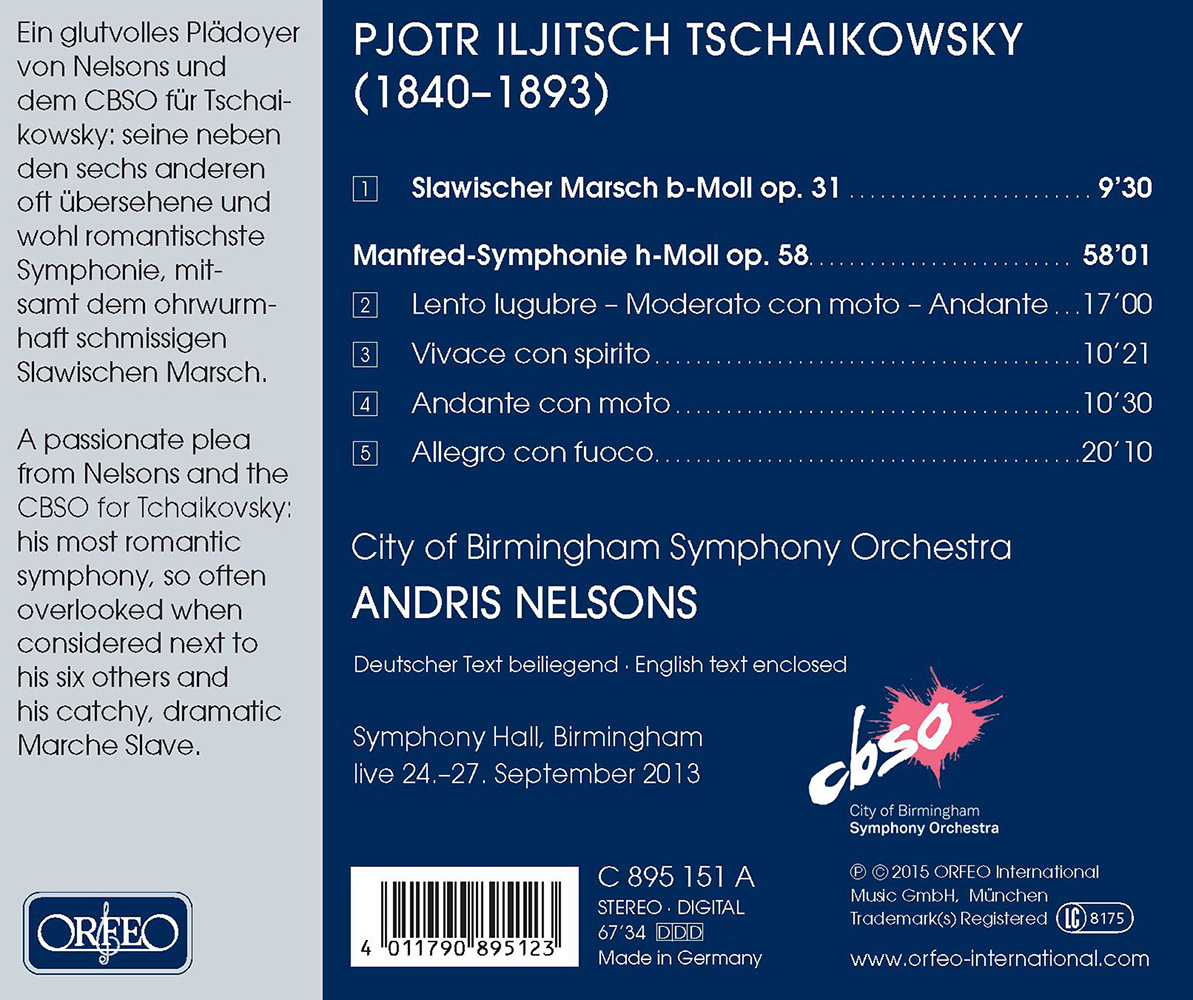 When considering the symphonic output of Piotr Ilyich Tchaikovsky, the Manfred Symphony in b minor, Op. 58 (1885), composed between the Fourth and Fifth Symphonies, has all too often been overlooked. The latter two symphonies exist already in award-winning recordings from the City of Birmingham Symphony Orchestra under Music Director Andris Nelsons (as does the Sixth Symphony – the “Pathetique”). Manfred, after Lord Byron’s dramatic poem of the same name now enriches this Tchaikovsky cycle through a number of remarkable facets.

As suggested by the critic Vladimir Stassov, Tchaikovsky oriented himself on the programmatic symphonies of Hector Berlioz, creating a late-romantic, agitated series of orchestral scenes in which the lonely mountain peregrinations of the title character are alliterated with not only magical apparitions but with an idyllic submersion in nature as well as a bacchanal from the nether world. The end of the work is musically linked to motives found in the symphony’s impassioned first movement. In both, the unfulfilled love of the protagonist to his sister Astarte is musically characterized. It is in just these segments of the new recording with the CBSO, under the direction of Andris Nelsons, that the listener is gripped, particularly by the enormous strength of the CBSO string section while the woodwind and brass sections show themselves to great advantage, nearly stealing the show, in the alluded “transcendental” vision of the Alpine fairy and the tempestuous sweep of the bacchanal. In addition – Tchaikovsky’s much shorter Marche Slave in B-flat minor, Op. 31, composed one year before the start of the Russo-Turkish War of 1877–78, gives the CBSO sufficient opportunity to shine. Tchaikovsky powerfully shifts the initial flow of the funeral march, characterizing the suppression of an entire folk, into a triumph of freedom. He includes not only musical references to Serbian folk songs but also the Russian National Anthem, “God Save the Tsar”, a fact which caused considerable problems for the Russian censors during much of the 20th century. Whether on the concert or operatic podium, conductor Andris Nelsons remains a master when it comes to the heightening of dramatic intensity. Here, with the CBSO once again on superb form, this march assumes the stature of an engrossingly timeless painting of history.