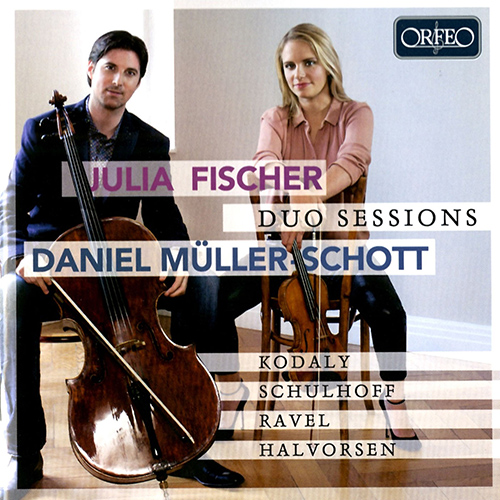 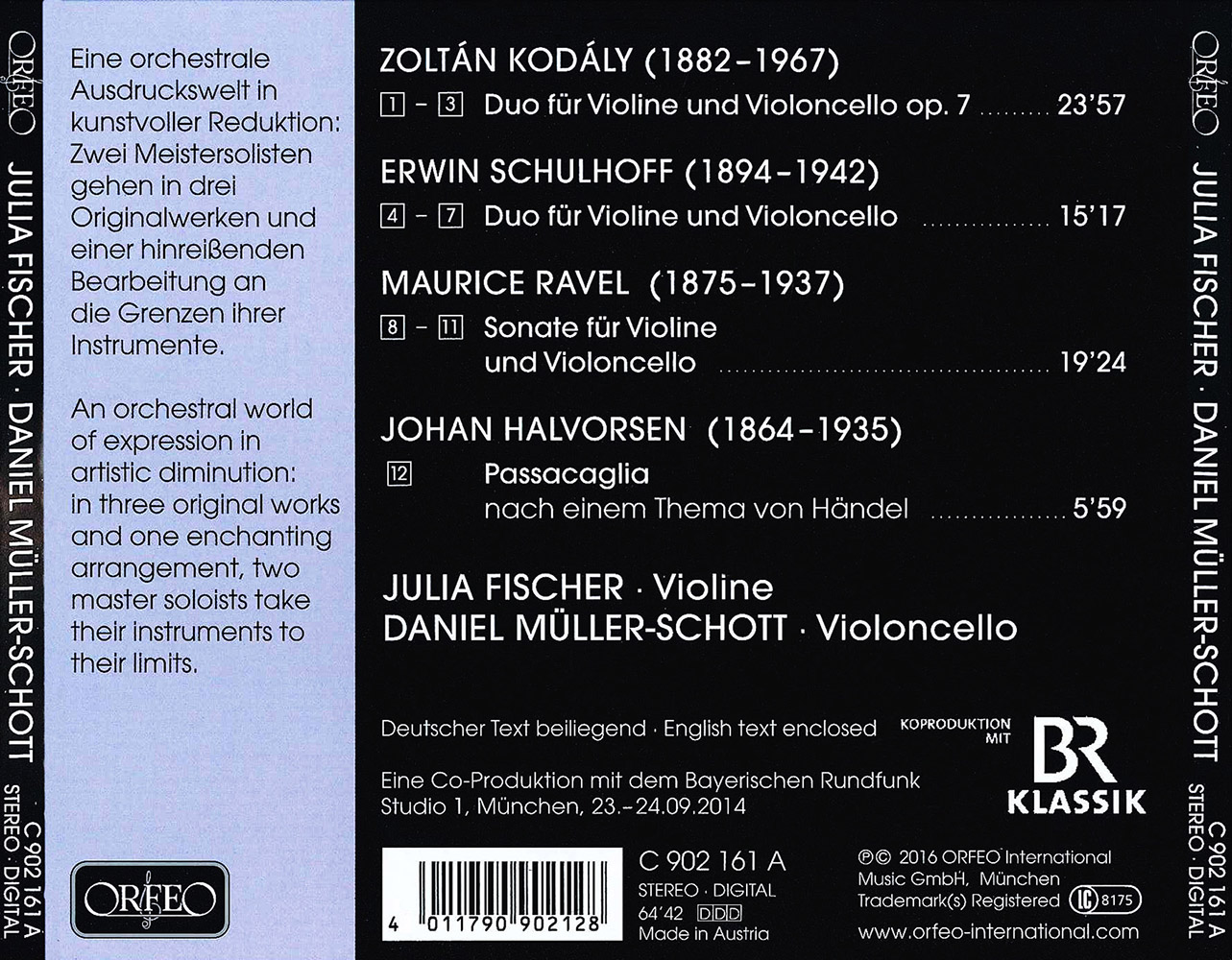 Duets for violin and cello are what might be called the lowest common denominator of sophisticated solo literature and chamber music. Much as each member of the present duo intensively cultivates the chamber music repertoire, they are both first and foremost soloists – and are bound to remain so in the extraordinary technical and musical challenges of this intermediate category. After the premiere of the Ravel sonata, a contemporary listener wittily pleaded for the publication of a reduced version for orchestra.
It is appropriate that the original 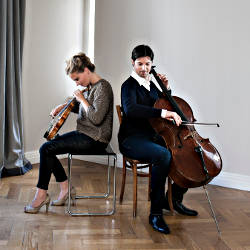 works to be heard in this programme – and they are some of the most important works for this repertoire – were written surprisingly late, some of them a decade or more after the dawn of the Modern era: Kodály 1914; Ravel 1922; Schulhoff 1925. Even if the three works can scarcely be regarded as avant-garde for their time, at least where their tonality is concerned, a new spirit is in the air: a freely ranging search on all levels for new forms and means of expression, coupled with a love of experimentation with extremely sparse scoring. It is also noteworthy that all three works succeed in their own way in reflecting national character in their musical idiom, as befitted an age of heightened awareness of nationhood in music as elsewhere. Ravel offers typical trompe-l’oreille subtlety while retaining immaculately groomed French elegance; Kodály writes against a background of ethnological research in folk music; Schulhoff stands out for the way he experiments with complex combinations of rhythm.
The pioneering work in a distinctive violin-cello 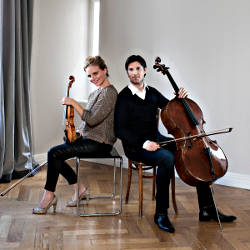 Julia Fischer
Foto: Christine Schneiderrepertoire was surely written a generation earlier: Brahms’s concerto for this “eight-stringed giant” of 1887. It was a performance of his work that brought our two soloists together on the concert platform for the first time, setting a pattern for the future. In fact, both artists wish this CD release to represent a record of their work together as a duo over the past ten years and more, as the two Munich musicians explain in an extended conversation with Meret Forster printed in the accompanying booklet. It is already the case that performances of the Brahms Double Concerto by our pair of soloists now almost inevitably lead the audience to expect the immortal Handel-Halvorsen Passacaglia of 1894 – a demand which is gladly met. This congenial enlargement by the Norwegian violinist and composer Johan Halvorsen (1864-1935) of a passacaglia from a Handel suite for harpsichord exists in various pairings of violin, viola and cello. It accentuates the infectious vigour of the original in a remarkably clever manner by its highly challenging but idiomatic transposition to two quite differently characterized and mutually supportive instruments.