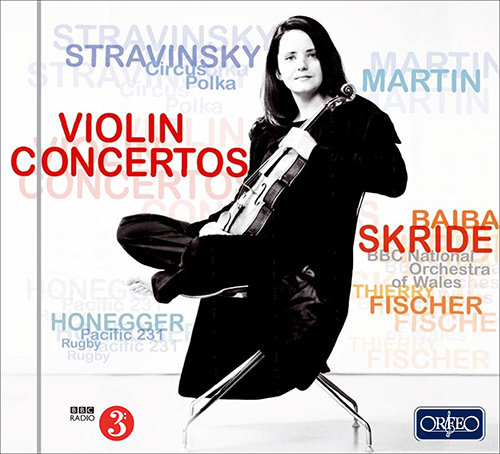 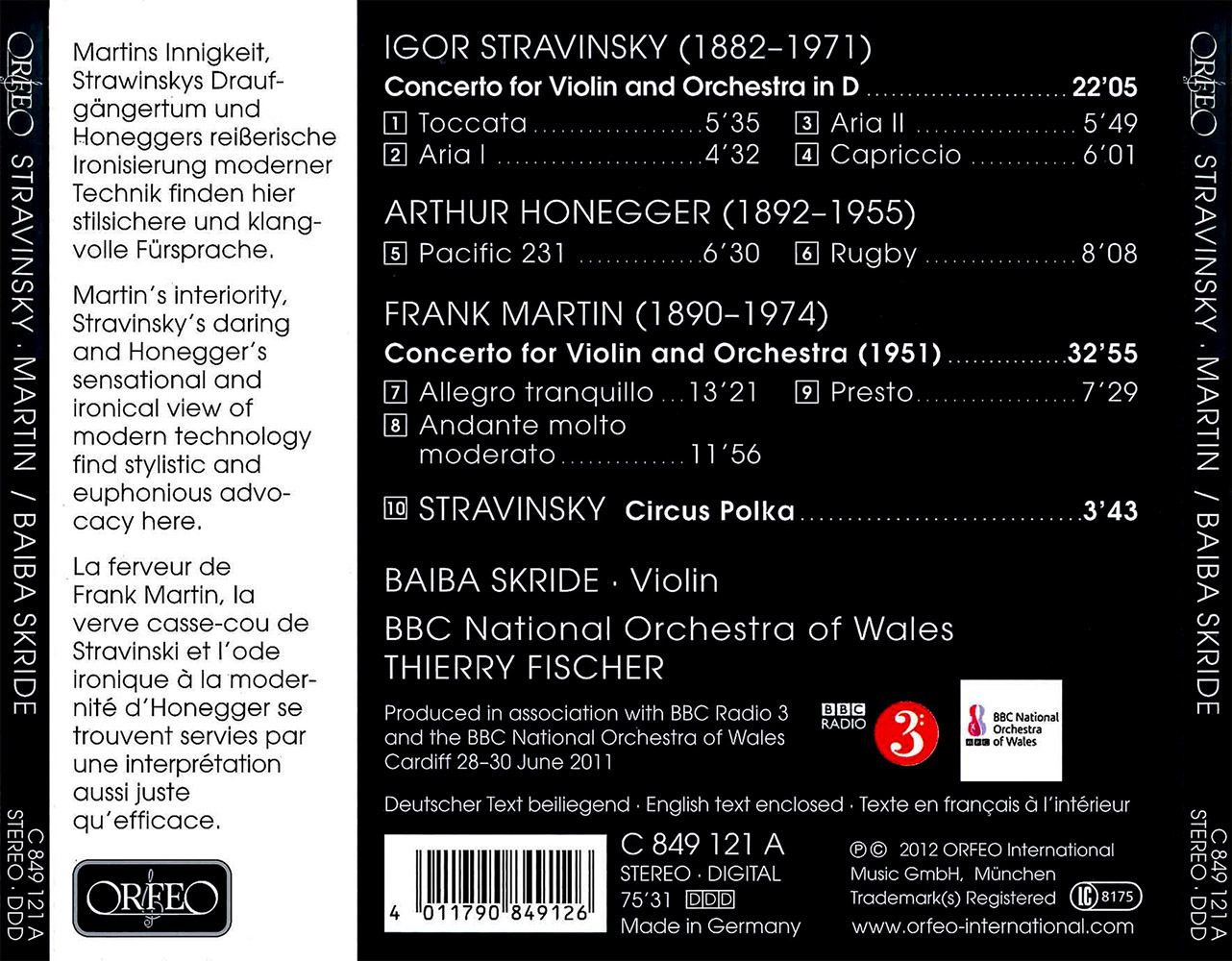 For her previous CD


on the Orfeo label, Baiba Skride recorded two highly Romantic violin works by Brahms and has now turned her attention to two 20th-century violin concertos whose composers struck out in extremely individual directions while drawing on traditional formal models. In his single contribution to the medium, the worldly Stravinsky drew on his knowledge of the whole history of music and explicitly appealed to the model of Johann Sebastian Bach in composing a work that is rigorously structured and at the same time playful in a neo-Baroque spirit. It would be harder to find a more different approach to the template of the traditional three-movement concerto than that found in the piece by the Swiss composer Frank Martin. In its atmospheric density it recalls Martin’s setting of Shakespeare’s The Tempest, dominated, as it were, by the mysterious, fairytale-like but also capricious and lively spirit of Ariel. Baiba Skride finds the right tone not only for the veiled sonorities of this piece but also for the tremendous sense of brightness that overwhelms the writing towards the end. Her enormous stylistic flexibility also comes to the fore in the Stravinsky Concerto, to which she brings a sense of crystalline radiance. The BBC National Orchestra of Wales and its principal conductor Thierry Fischer are not only ideal partners, they also complement the programme with three almost contemporary orchestral works, all of which are classic examples of the way in which composers’ understanding of form – in this case, programme music – changed in the 20th century. In Honegger’s Pacific 231 and Rugby, the orchestra impresses us with its ability to conjure up the sounds of a speeding train and of rugby players running to and fro. The orchestra completes the programme on a note of grotesque jollity with Stravinsky’s Circus Polka, the quotation-like character of which – in this case, Schubert – may also be said to hold together the programme as a whole, with its two violin works in central position, invariably maintaining the greatest originality in this act of musical re-creation.