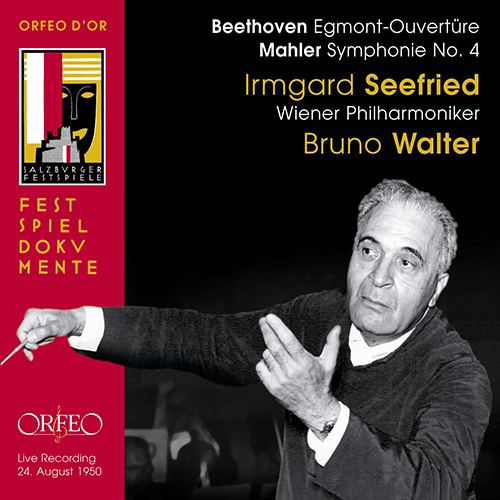 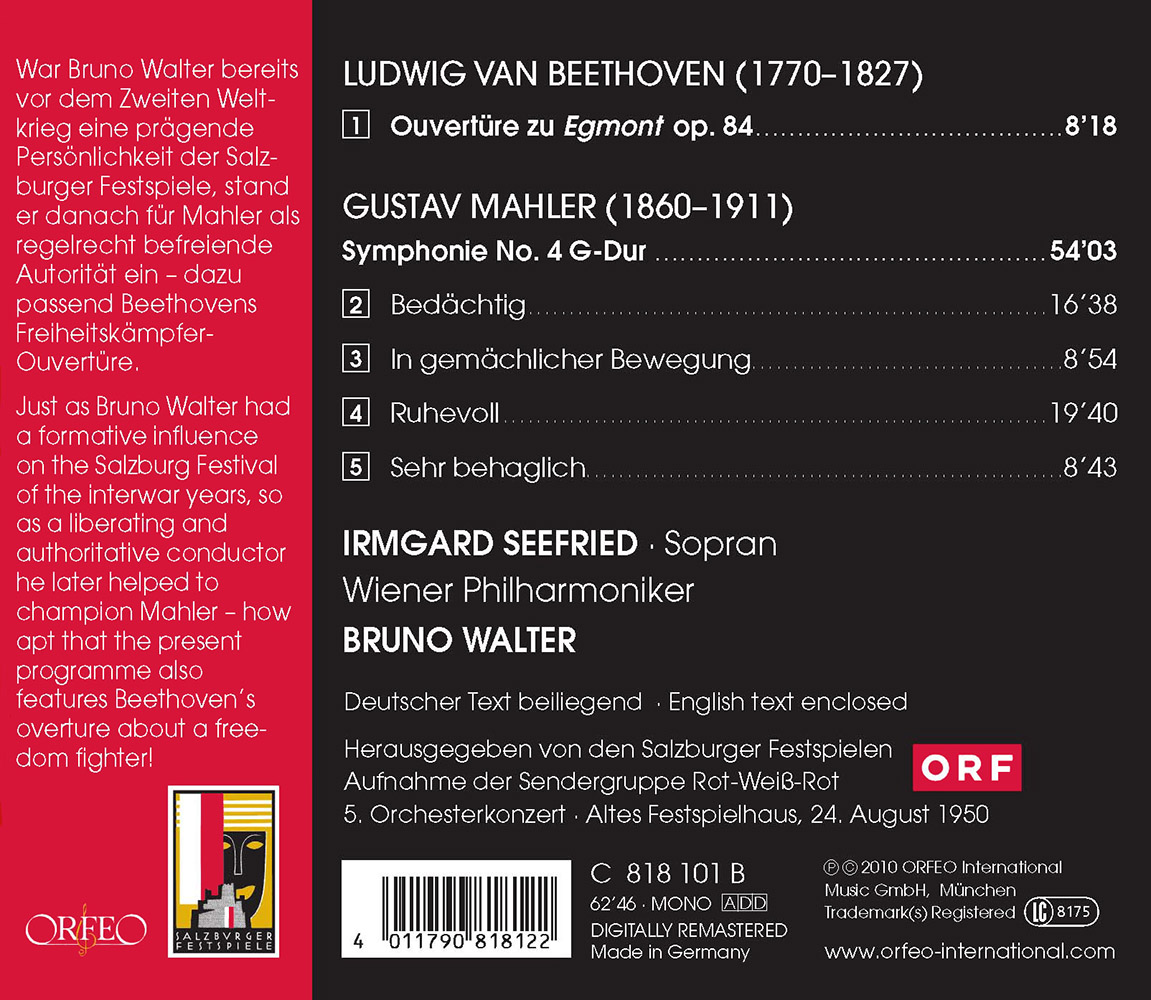 The Salzburg Festival has always been diverse in its repertoire, and this is also reflected in the CD edition Salzburger Festspiel Dokumente in the year 2010. The series is this year dominated by birthday boys, among both the composers and the interpreters. Gustav Mahler’s works naturally have to be represented here, as the Salzburg Festival played a major role in his rediscovery soon after the Second World War. Thus it was in 1950 that Bruno Walter returned to Salzburg with the Fourth Symphony. Mahler was the man who had discovered Walter and furthered his career, and Walter had a quarter of a century earlier given the Fourth Symphony’s Salzburg première with the Vienna Philharmonic. He returned to conduct the symphony with the same orchestra in 1950, and as his soloist he brought Irmgard Seefried, whose voice was suitably joyful, yet also sounded as if lost in reverie. The symphony was followed by a gripping performance of Beethoven’s Egmont Overture.