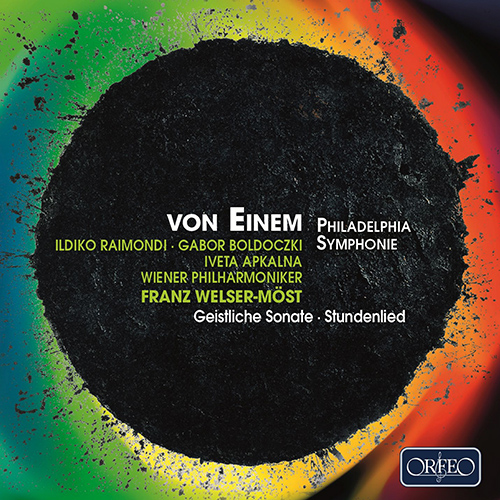 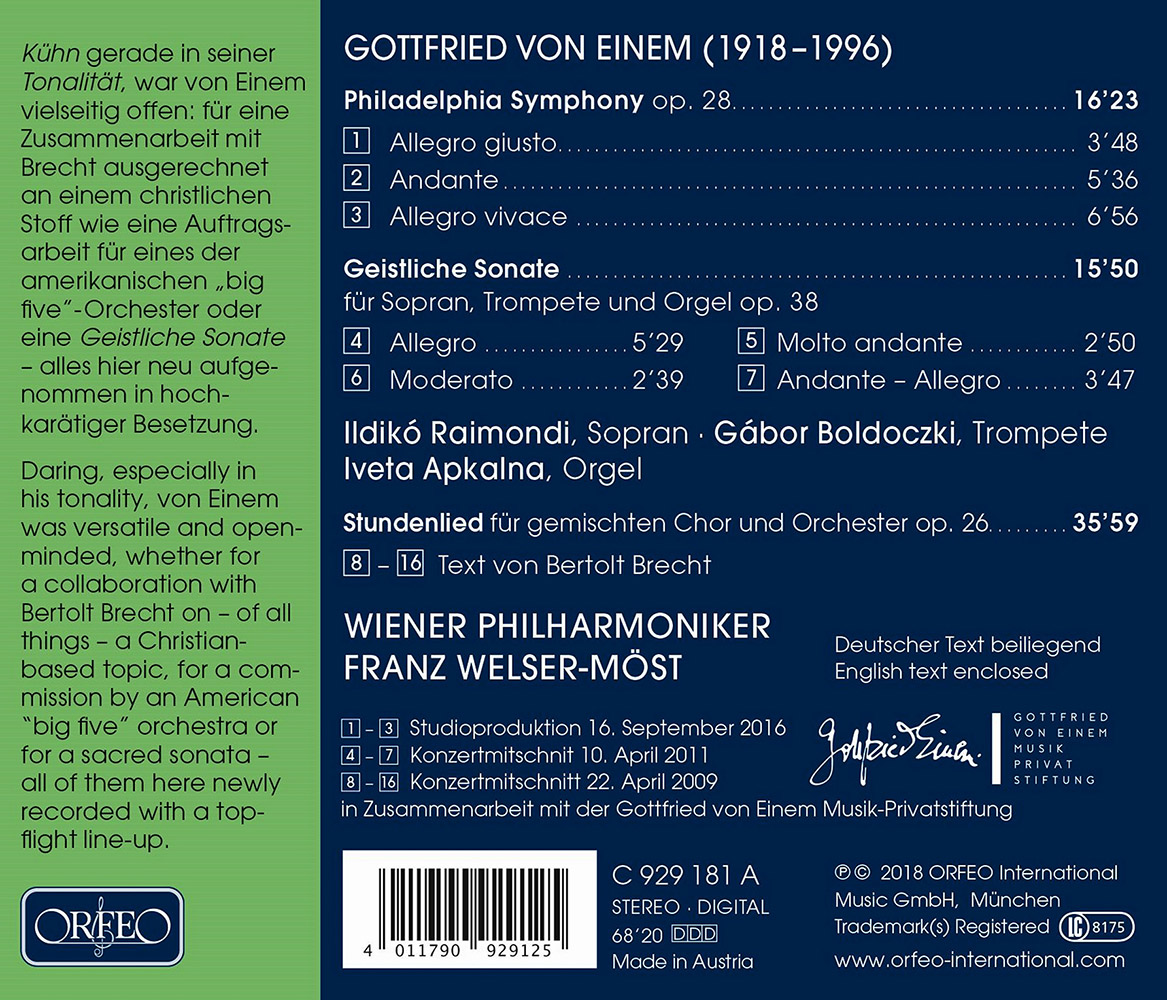 The longer the modern era lasts, the older “New Music” grows, and the more versatile it becomes. Upon closer listening, one quickly becomes aware of the many byways and backroads of the genre, in addition to the principal trends, and one composer who trod his own path decisively, with great success, is Gottfried von Einem. Since his breakthrough with the premiere of his opera Dantons Tod (the death of Danton) at the Salzburg Festival in 1947, through to the composer’s death in 1996, many of his works have been performed on the international music stage, as witness recordings featuring the likes of Böhm, Karajan and George Szell on this label. However, everyone knows that for a composer to continue to develop his artistic skills he needs more than glittering premieres, and so the Orfeo label is delighted to mark the 100th birthday of the composer born in 1918 by releasing, alongside other new recordings of his works from its catalogue, a retrospective of von Einem’s work featuring the very best performers of today.
The earliest work on this new release is the choral work with orchestra Stundenlied, which originates from a highly interesting cultural and historical source: a collaboration with the playwright Bertolt Brecht who from 1949 lived in the German Democratic Republic. The story of Christ’s passion is witnessed and presented in a popular, naive way as a dreadful event and brilliantly depicted by von Einem using simple and stringent compositional means to produce a work that is haunting and authoritative, performed here by the Singverein and Philharmonic Orchestra of Vienna under Franz Welser-Möst.

Written between 1962 and 1973, his Geistliche Sonate (sacred sonata) for soprano, trumpet and organ, is in a quite different category, with scoring in which the composer unites contrapuntal concentration in the layout with tense expressivity. This is music that comes alive in an impressive way thanks to the expressive skills of the soprano, the “modern” (female) Baltic concert organist and the phenomenal world-class trumpeter.

Finally, we hear the Philadelphia Symphony, a work named after the city where it was commissioned and where it was originally to have been premiered, but which after some discord there was premiered in the Musikvereinssaal in Vienna in 1961 with the city’s Philharmonic under Sir Georg Solti – and is now to be heard on the “remake” recording in the same venue under Franz Welser-Möst, who has plenty of stateside experience to offer. Conceived in the dimensions of a three-movement Haydn symphony, this work wins over the audience with its moderately modern ingenuity and suggests that these days, the post-modern can boast a longer history.