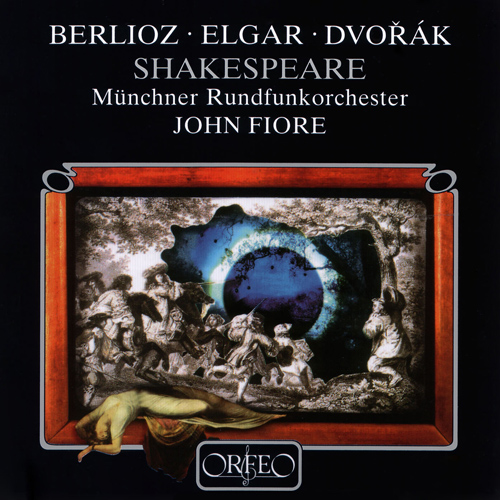 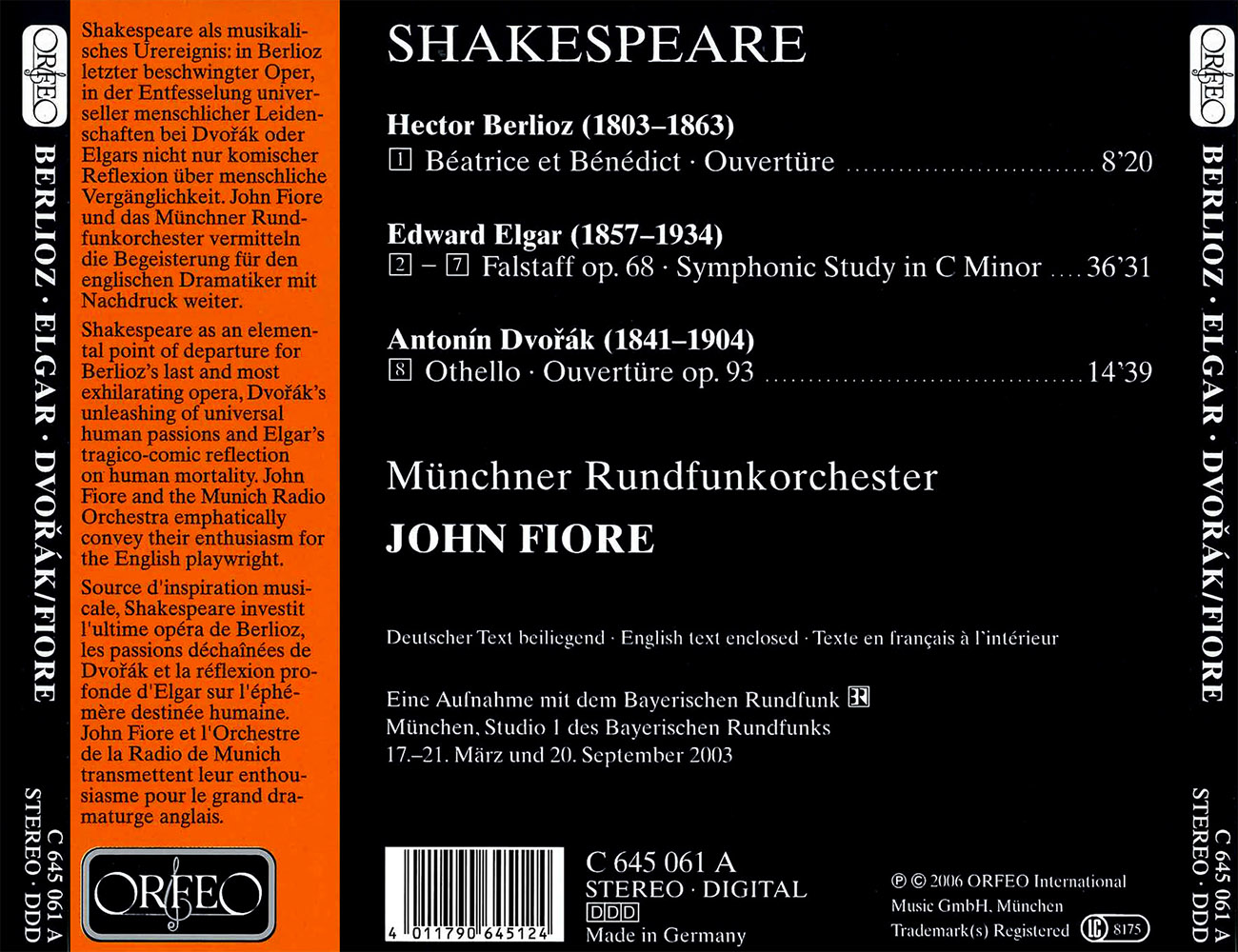 By the Romantic period at the latest Shakespeare’s works were the yardstick and inspiration for many new works throughout Europe. In the wake of their enthusiasm for the Bard of Avon, composers of the 19th and early 20th centuries repeatedly sought out the challenge of capturing the emotional content of Shakespeare’s plays in music that had no recourse to words.

Under John Fiore, the Munich Radio Orchestra has recorded three instrumental pieces, all of which pay tribute to Shakespeare’s genius while reflecting a Romantic aesthetic. Conductor and orchestra ideally complement each other, both being well known for their ability to span the greatest conceivable range of musical genres and styles.

Central to this new recording is Elgar’s symphonic study Falstaff.
Unlike Verdi’s opera of the same name, it does not deal with the elderly knight’s attempts to woo the wily wives of Windsor but is based primarily on Shakespeare’s historical drama Henry IV, highlighting, as it does, the friendship between the young prince and Sir John Falstaff, a friendship ultimately sacrificed to the royal duty of the heir to the throne. Typically Elgarian are the dream sequences in which Falstaff’s youth is conjured up by the orchestra in a riot of colour. No less thrilling are the instrumentation and rhythms with which Elgar contrasts the amiably ambling Falstaff with Prince Hall’s self-confident march. This contrast culminates in a highly effective final scene in which Falstaff confronts his young friend one final time at the latter’s coronation procession.

Elgar’s Falstaff is framed by two overtures. The first was written by Berlioz for his final opera, Béatrice et Bénédict (1862), which he based on Shakespeare’s Much Ado About Nothing. In many ways this carefree, vibrant work is untypical of its composer, a hot-headed iconoclast, and yet at the same time it reflects his lifelong engagement with the English dramatist’s plays. Dvorák’s concert overture Othello completes this original compilation, taking as its starting point Shakespeare’s tragedy of intrigue but focusing on the extreme passion that it unleashes, a theme that could serve as a motto for the present CD as a whole.