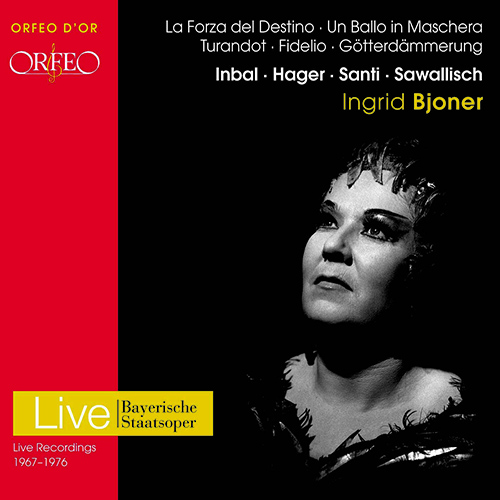 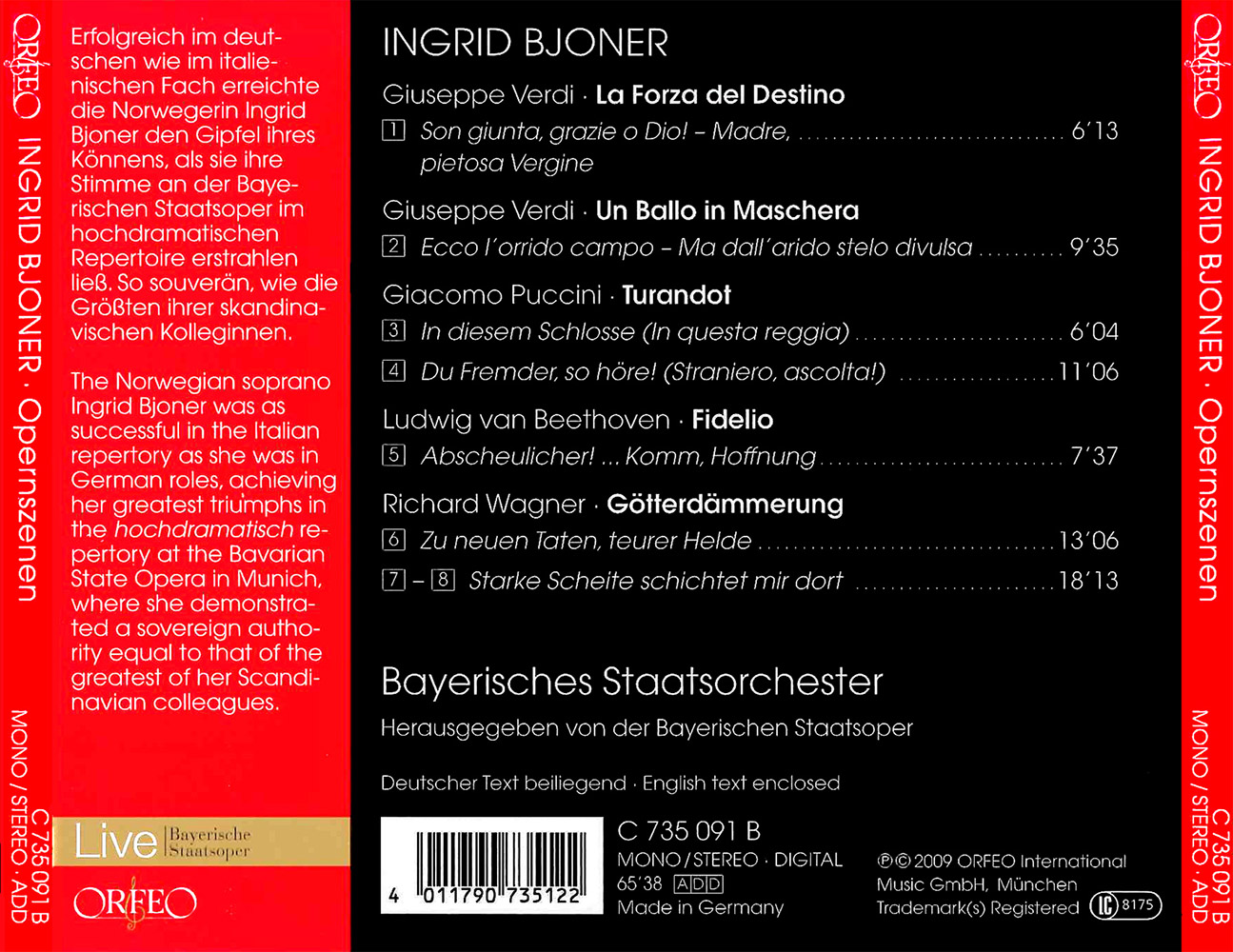 The Norwegian soprano Ingrid Bjoner, who died in 2006, is one of the few long-standing members of the Bavarian State Opera whose name was linked not only with the legendary period immediately after the Second World War when the company was temporarily housed at the Prinzregententheater but also with the Nationaltheater, which reopened its doors in 1963. The inaugural production in the rebuilt theatre was Strauss’s Die Frau ohne Schatten, in which Ingrid Bjoner took the part of the Empress, a performance enthusiastically received by the first-night audience and later by record collectors. She also shone in the title role in Daphne by the same composer. At these performances, as also for her first Isolde, her conductor was Joseph Keilberth. But it was under Keilberth’s successor in Munich, Wolfgang Sawallisch, that Ingrid Bjoner’s career blossomed during the 1970s, as Orfeo’s new portrait attests. By now her voice had matured, allowing her to take on the hochdramatisch repertory illustrated here by her Fidelio Leonore and her Götterdämmerung Brünnhilde. She is also heard in the love duet from Act Three of Siegfried with the American tenor Jean Cox, who often appeared alongside her. A decade earlier he had been her Calaf in a German-language performance of Puccini’s Turandot under Nello Santi. The Riddle Scene suggests how desirable it would be for other dramatic singers to take the road from Puccini to Wagner. But Ingrid Bjoner was also acclaimed as a Verdi soprano, especially in Munich. In 1974, for example, she shared the role of Leonora with Julia Varady, no less, in a new production of La forza del destino under Eliahu Inbal, an excerpt from which is likewise included in the present portrait. Four years earlier she had sung Amelia in Un ballo in maschera – heard here in the original Italian under Leopold Hager – and had shown that she had no need to fear the demands of her second-act aria, for her voice had retained its enviable flexibility. Orfeo’s portrait constitutes an altogether rewarding re-encounter with an outstanding singer inadequately represented in the catalogue.