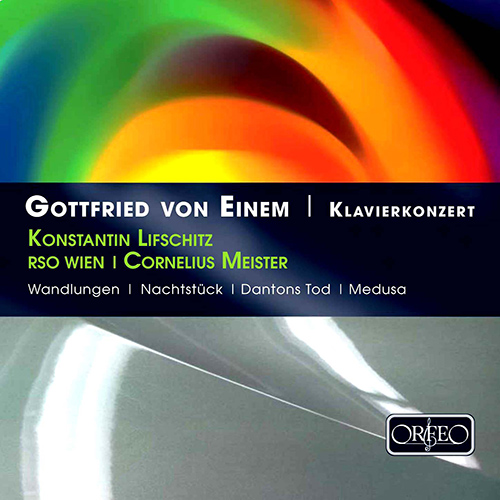 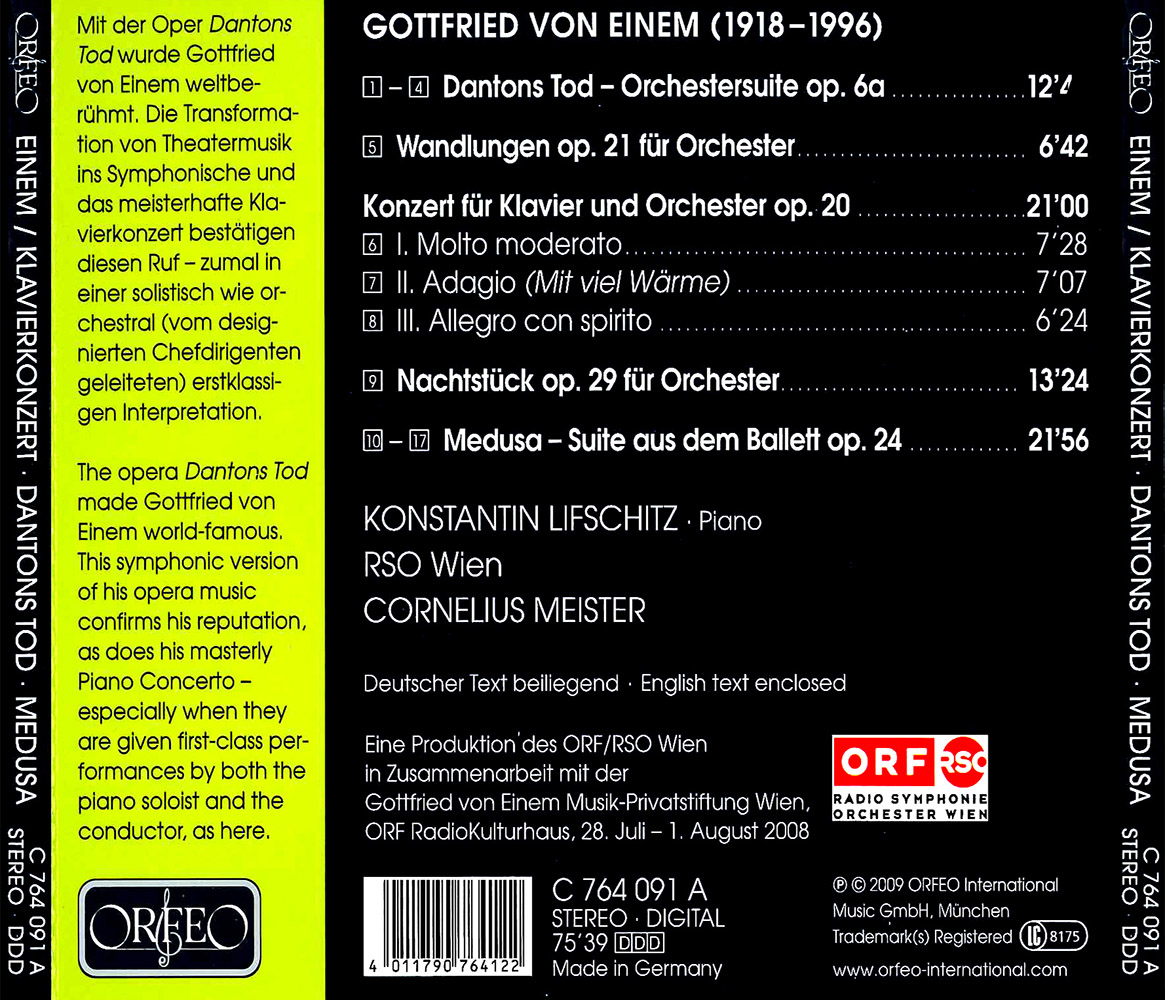 The criticism levelled at many composers of the 20th century, namely that they sacrificed personality to the requirements of their respective schools, cannot be made against Gottfried von Einem. Throughout his life he held fast to tonality, though without letting himself be appropriated by conservative circles on the music scene. And even if it’s difficult to regard him as an avant-gardist, his oeuvre is characterized by a dogged questioning and opening up of traditional formal models. Thus it was important to him in his Dantons Tod Suite that it should not be seen just as a “potpourri” from the stage work that made his name (in 1947 at the Salzburg Festival), but as an independent work for the concert hall. It is in this form that it is represented in the new Orfeo recording by the Vienna Radio Symphony Orchestra and its chief conductor designate, Cornelius Meister.

The motto of “transformation” is even clearer in the case of Wandlungen (literally “transformations”), Gottfried von Einem’s introduction to a Divertimento for Mozart that the Donaueschingen Music Days commissioned from a total of twelve different composers in the “Mozart year” of 1956. The Wandlungen are based on Papageno’s aria “Ein Mädchen oder Weibchen” from the Magic Flute. While von Einem’s concern here is a musical synthesis of different epochs, in the case of his Piano Concerto op. 20 he is no less keen to enrich his music by establishing stylistic connections to jazz and dance music. Konstantin Lifschitz is the soloist in this new recording, and he shows here why his outstanding reputation is not just based on his Bach interpretations. Even when interpreting music of the 20th century, he fascinates us with his sovereign technical command and the transparent structures that he makes audible in von Einem’s Concerto. The Vienna Radio Symphony Orchestra and Cornelius Meister are here his precise, dynamic partners. In the remaining works on this new Orfeo compilation CD they have the field to themselves, displaying in impressive terms the subtleties and the atmospheric density to be found in Gottfried von Einem’s oeuvre: here in Night Piece op. 29 and in the Suite after the ballet Medusa op. 24, which even without its scenic component is highly effective.