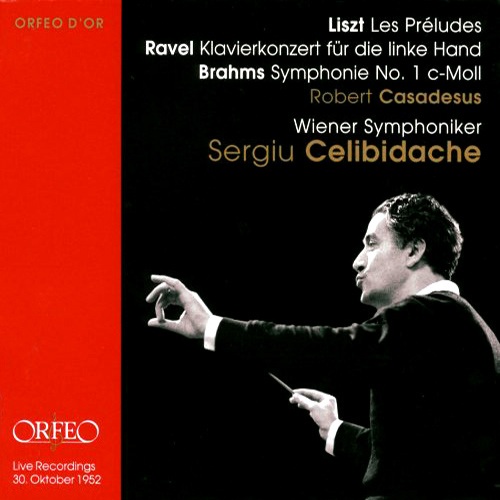 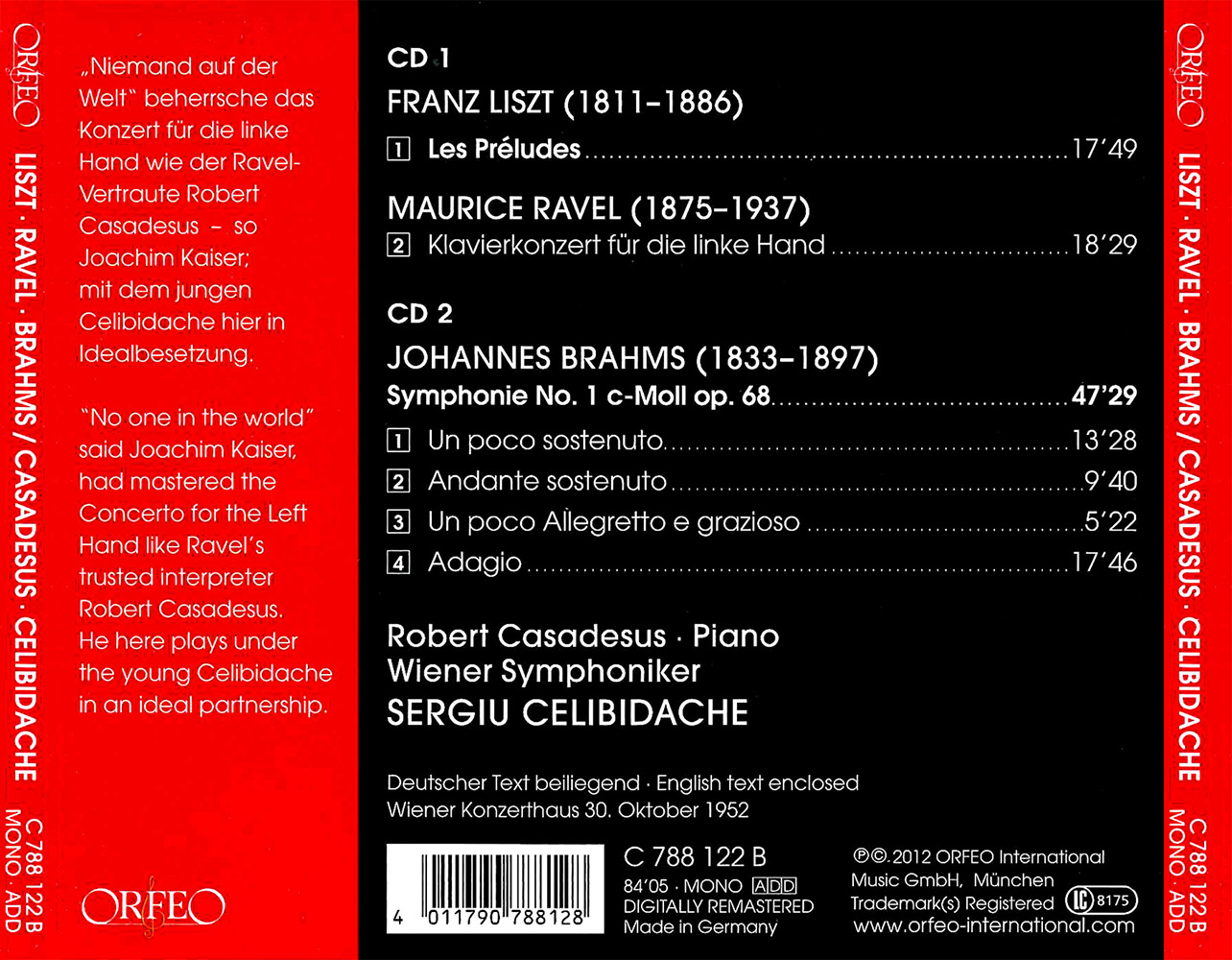 Sergiu Celibidache was one of the most exceptional, unconventional conductors of the 20th century. When Wilhelm Furtwängler was banned from conducting after the Second World War, Celibidache restructured the Berlin Philharmonic Orchestra and conducted it until Furtwängler’s return. But after Furtwängler’s death in 1954 and the subsequent appointment of Herbert von Karajan as his successor, Celibidache’s relations with the orchestra were broken off. Over the ensuing years, up to the moment that he took on the Munich Philharmonic in 1979, Celibidache never tied himself to a single orchestra for any length of time. Instead he led a truly nomadic existence as a restless artist. He seldom travelled to musical centres such as Vienna. His concert with the Vienna Symphony Orchestra from October 1952 that is now being released in its entirety by Orfeo thus offers interesting insights into a time when Celibidache still seemed to be weighing up his options. In Brahms’s First Symphony he comes across as more impulsive, and in the outer movements as more urgent in his tempi, than was the case with the conductor we know from later years and from his later recordings. However, he was already outstanding in his sense of tone colour and in his ability to get his orchestral musicians truly to listen to one another. This is evident in Les Préludes by Franz Liszt at the beginning of the concert, and above all in the Concerto for the Left Hand by Maurice Ravel, whose solo part is played by none other than Robert Casadesus. With his sense of pianistic refinement, French clarity and aristocratic command, it was not surprising that Casadesus became the interpreter of this work. In his collaboration with the Vienna Symphony Orchestra under Sergiu Celibidache, he succeeded in exemplary fashion in maintaining the tension throughout that is characteristic of this concerto, and in making the most of the grotesque nature of many of its episodes. This is a fascinating encounter between two great musicians.