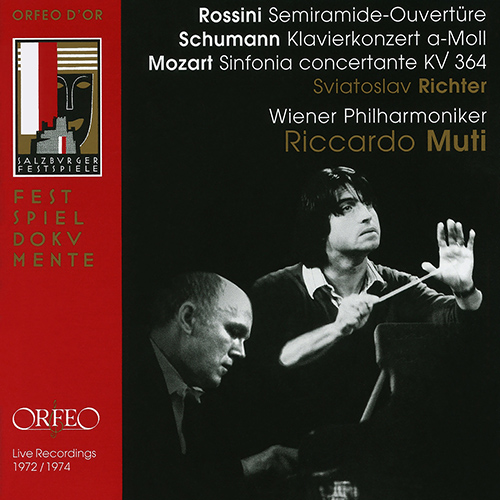 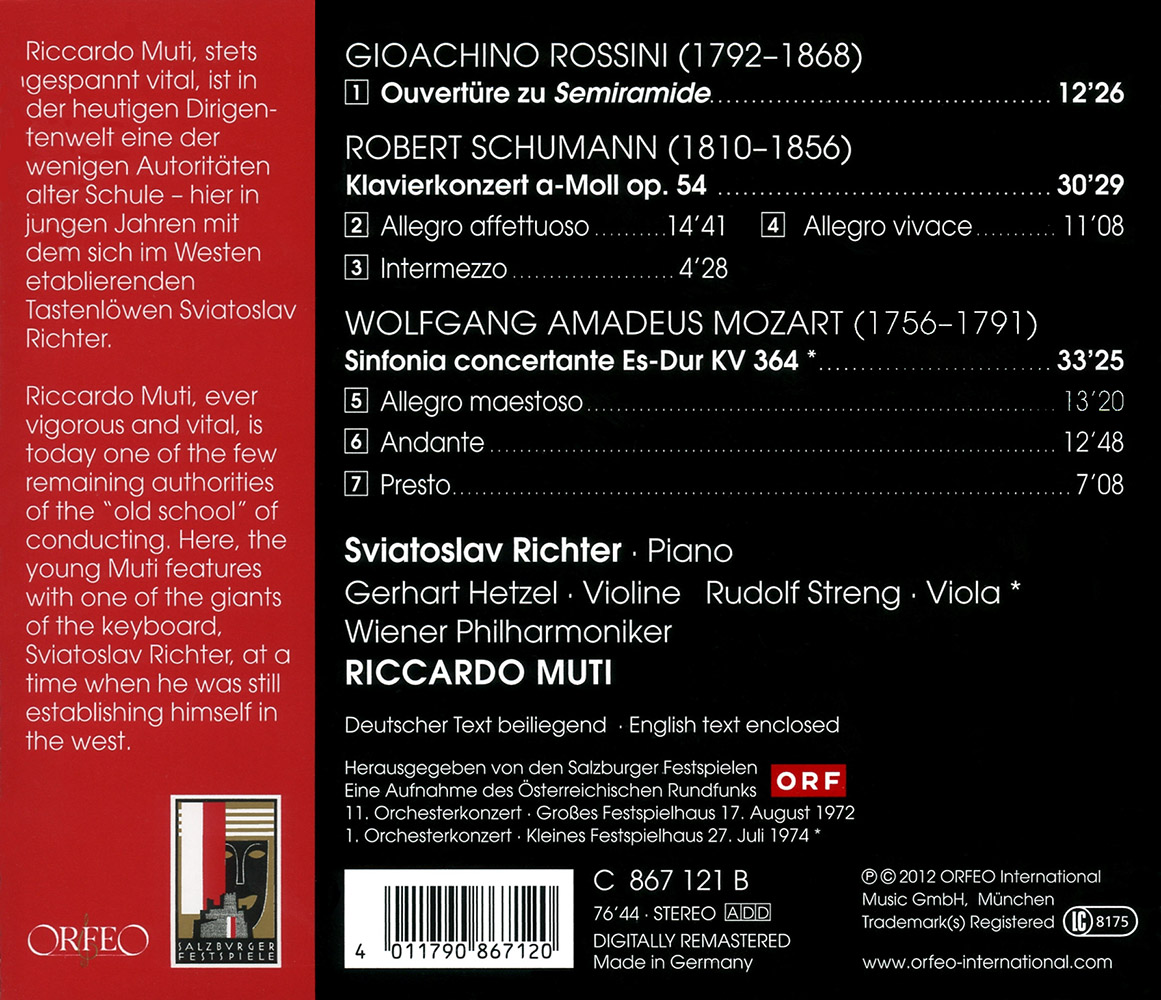 Of the artists active today, Ricardo Muti has already been a welcome guest at the Festival for more than forty years. His first conducting engagements there did not just provide the basis for his current “telepathic” relationship with the Vienna Philharmonic, but also brought collaborations with important soloists of the older generation. Thus the new CD in the series Festival Documents includes the Piano Concerto by Robert Schumann under Muti’s baton, with Sviatoslav Richter once more proving the uniqueness of his pianistic gifts. Over and above all its virtuoso challenges, Richter and Muti together give an account of the work triumphant in its formal cohesion and in which they sculpt it as a large-scale musical arch. Muti’s deep understanding of Rossini and Mozart – represented here by the Overture to Semiramide and the Sinfonia Concertante K 364 respectively – is also clearly evident in these early recordings.