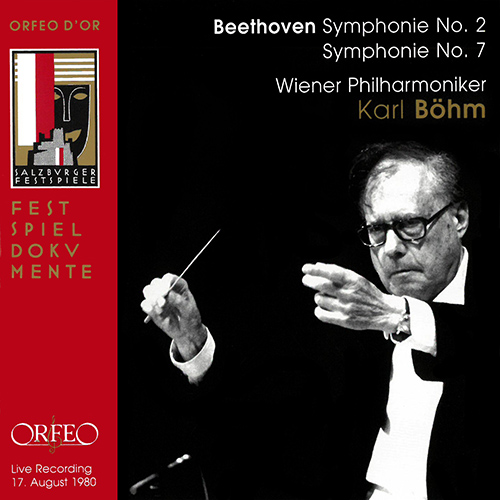 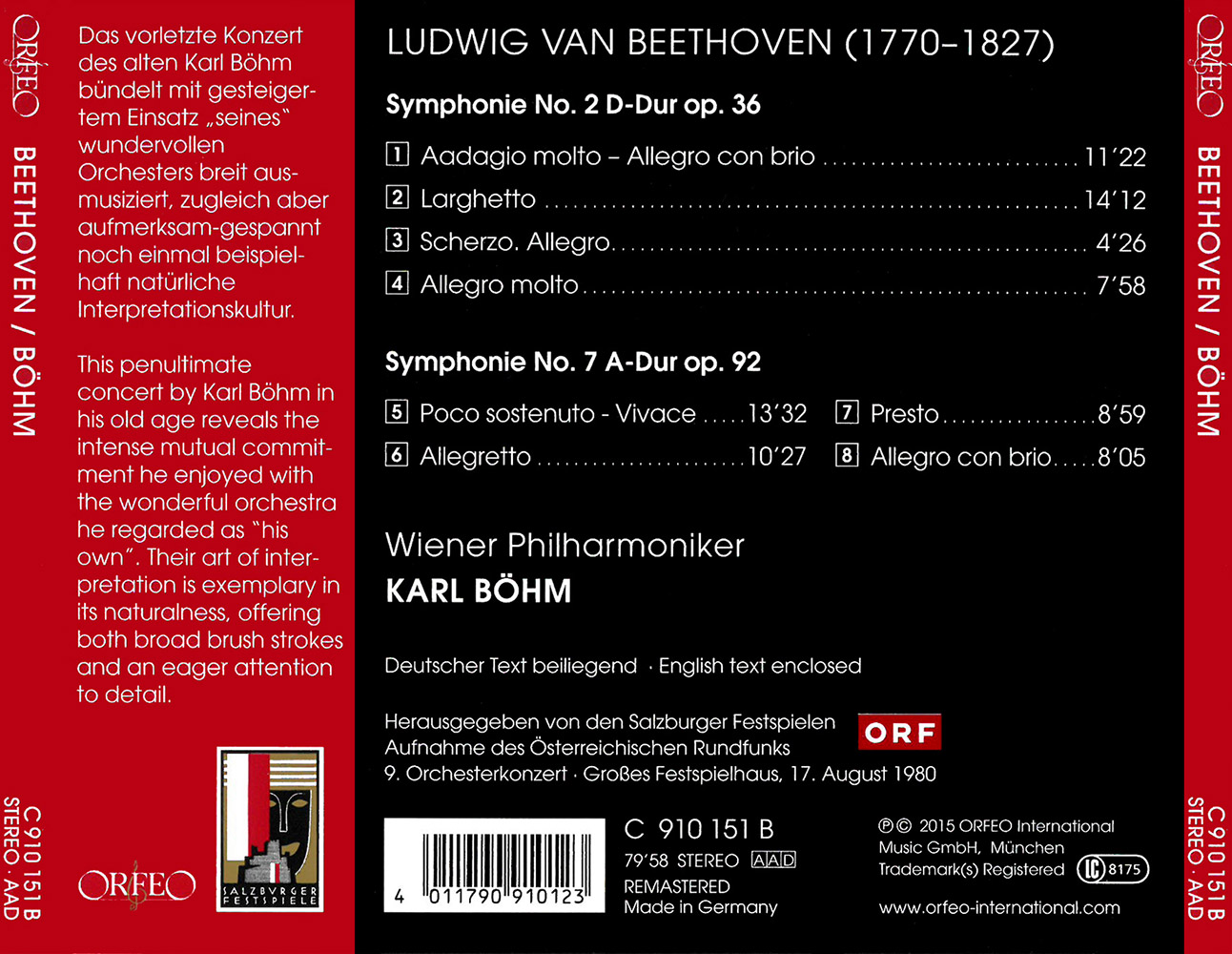 With conductors, too, a glance back just a few decades seems to take us into another world altogether. One of that extinct breed of conducting greats was surely Karl Böhm. A native of Graz, he became known and loved in his lifetime as an arch-representative of a form of music-making that was specifically Austrian – in fact, specifically Viennese. Naturally, Salzburg was also an important venue for him. We have already released his very last Salzburg concert of 30 August 1980 with its all-Mozart programme (ORFEO 891 141, with Maurizio Pollini as soloist); Böhm died just a few months later in 1981. We are now privileged to be able to release his penultimate Salzburg concert, of 17 August in that same year. Böhm can be heard here with an all-Beethoven programme comprising the 2nd and 7th symphonies. And he is naturally once more partnered by his Vienna Philharmonic Orchestra. Even just listening to this concert at home you can feel its special ambiance – with the broad, insistent seriousness of the conductor’s tempi and the passionate response of the orchestra that was so devoted to him. This was a labour of love.