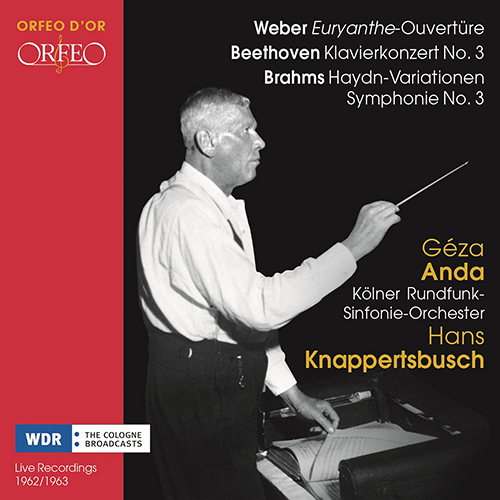 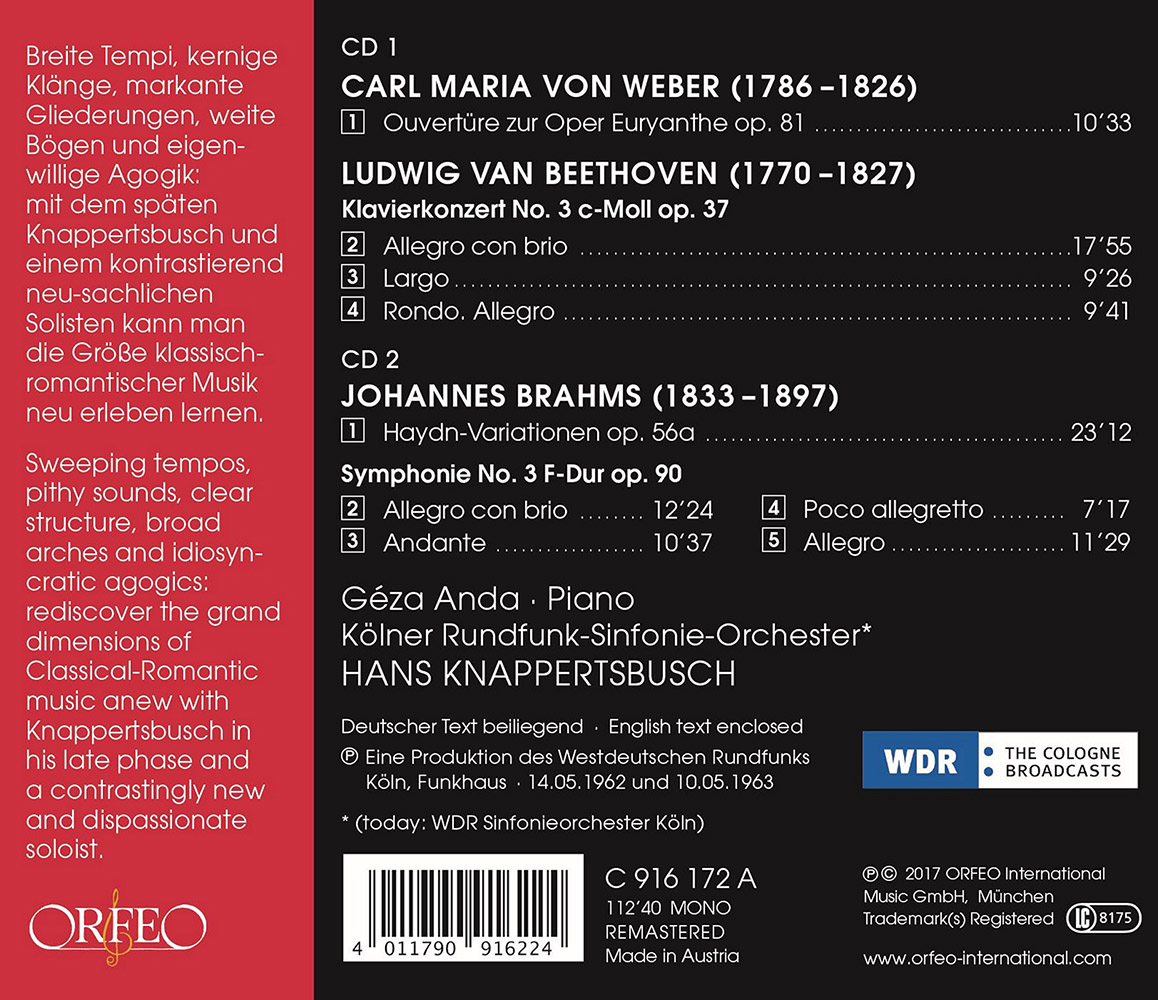 Following on from the last Knappertsbusch release of a programme of pure Beethoven featuring Backhaus and the Vienna Philharmonic dating from 1954, Orfeo’s new double CD offers a recording of an entire concert performed in 1962. This recording features Géza Anda and the Cologne Radio Orchestra, one of the few concert orchestras that Knappertsbusch conducted at the time apart from the Berlin and Vienna philharmonics, and using the highly professional recording technology of Westdeutscher Rundfunk.

The programme of this concert is again a Beethoven piano concerto, the passionate Third in C minor. The pianist Géza Anda, then aged 41, was the diametric opposite as a performer to the 74-year-old Hans Knappertsbusch – technically “modern” and flawless, musically strict, fresh and “objective”. The sense of foreboding sometimes felt in this day and age when such repertoire can seem stale and lacking in any sense of tense anticipation is simply not present in the musical riches released by this electrically-charged meeting of symphonic forces and a musician who revelled in his virtuosity.

The concerto is then followed by the principal work, Brahms’s Third Symphony which was so close to the conductor’s heart, in which he combines an inimitable sense of dramatic dimensions with audacious spontaneity in the music’s agogic structure. This is preceded by a wonderfully spirited reading of the Euryanthe Overture by the early Romantic Carl Maria von Weber. The Brahms symphony is then followed by an encore in the form of his Haydn Variations recorded the following year, in which Knappertbusch again demonstrates his mastery in a devotional immersion in each single variation and an abrupt shift and gripping progression, to produce a sublime overall experience.