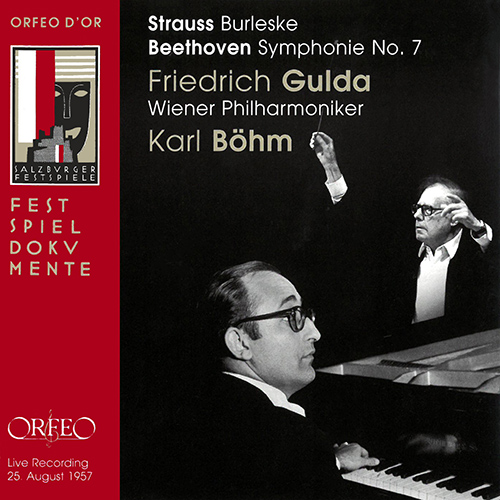 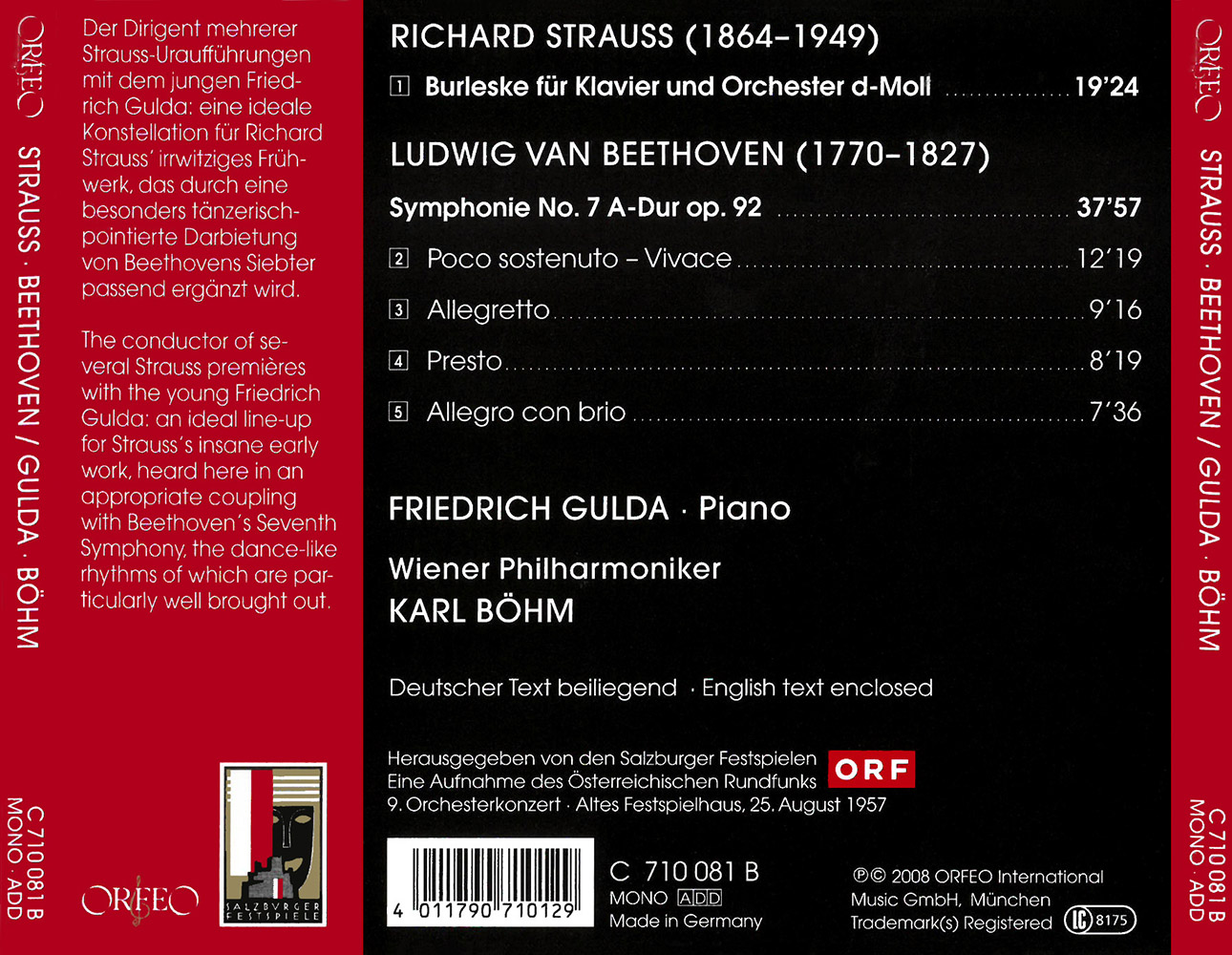 Among the countless concerts that Karl Böhm conducted with the Vienna Philharmonic Orchestra at the Salzburg Festival were not only a number of inevitable repeats of standard works from the mainstream symphonic repertory but also a number of surprises and genuine trouvailles. One such concert occurred in 1957, when Böhm joined forces with a young firebrand to perform a rarely heard early work by Richard Strauss, who at the time of its composition was widely regarded as a member of the avant-garde. Returning to Salzburg for the first time since his Festival début six years earlier, Friedrich Gulda performed the Burleske in D minor for piano and orchestra, a work once described by Hans von Bülow as „inhumanly difficult“. When Bülow declined to give its first performance, that honour fell to Eugen d’Albert. For Gulda, there was no knuckle-breaking cascade of notes, no insane accelerando or dynamic outburst that was so „inhuman“ that it could not be placed in a meaningful and thrilling musical context with the help of Böhm and the Vienna Philharmonic. But listeners expecting such a uniquely memorable performance to be followed by a reading of Beethoven’s Seventh Symphony in A major that would be no more than a routine concession to its audience were in for a surprise: the dramaturgically meaningful juxtaposition of Strauss’s Burleske and Beethoven’s richly varied Symphony, with its asperities and capering rhythms, allowed the better-known piece to emerge as a profoundly powerful satyr play, arguably its most popular movement – the Allegretto in second position – suggesting a tensely tentative dance on the very brink of the volcano – and this in spite of Böhm’s choice of tempo, which in keeping with the work’s performing tradition is relatively slow. And in the final Allegro con brio, Böhm and his Viennese players demonstrate convincingly that its dance-like boisterousness has to be fought for and appears to be pervaded by doubts, before being repeatedly kick-started and finally fully unleashed. The result is a rewarding re-encounter with the „Romantic“ tradition of performing a repertory extending from Beethoven to Strauss.