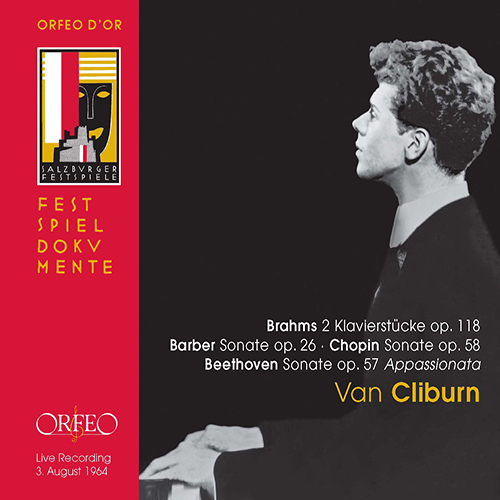 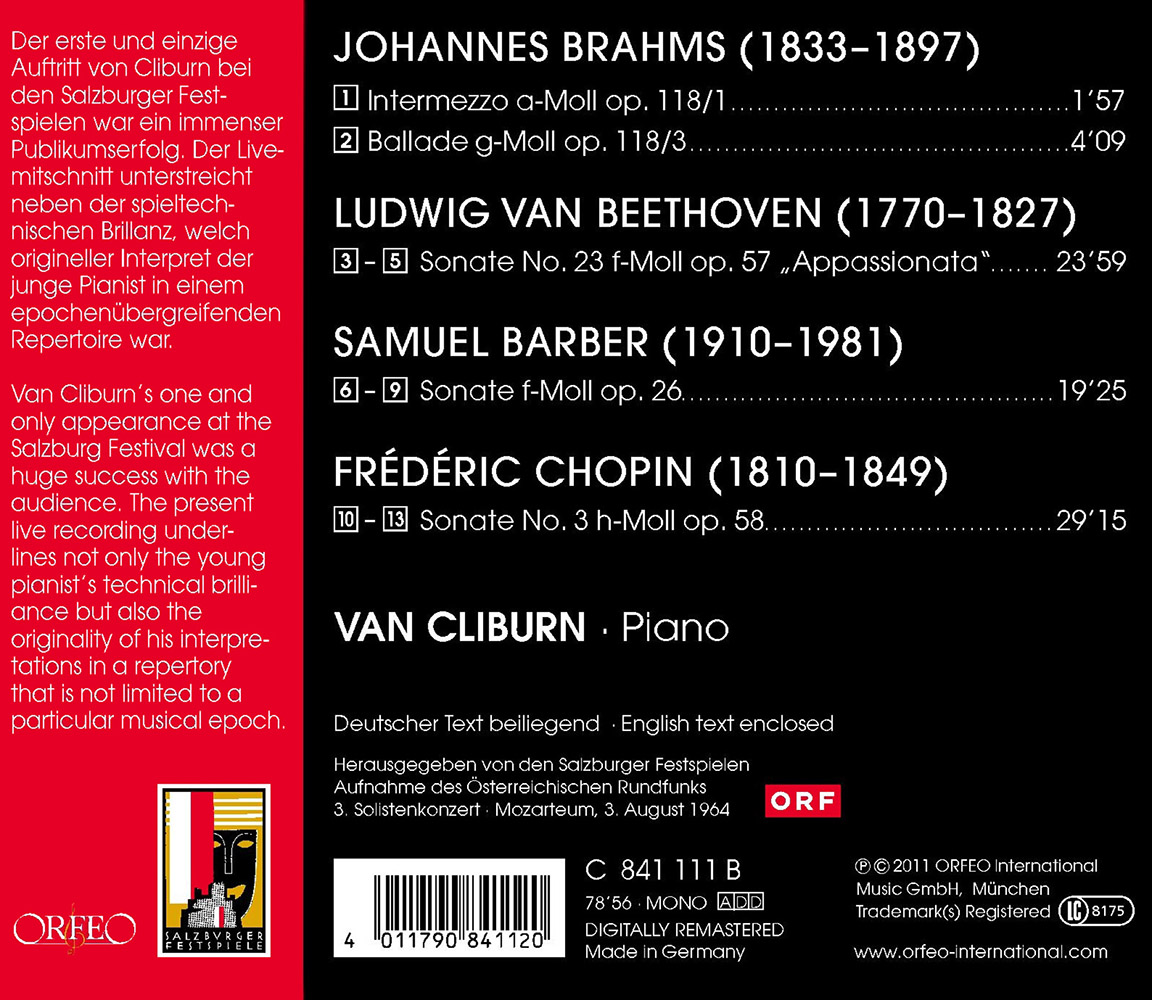 No less brilliant was a solo recital in 1964, when the American pianist Van Cliburn, who had been a sensational winner at the Moscow Tchaikovsky Competition six years earlier, appeared for the first and last time at the Salzburg Festival, dazzling his audience with a performance that was technically staggering and interpretatively idiosyncratic. He began with two pieces from the op. 118 Clavierstücke, to which he brought a very real sense of cantabilità. There followed a hard-driven account of Beethoven’s “Appassionata”, after which Samuel Barber’s little-known Sonata op. 26 demonstrated Van Cliburn’s competence in contemporary music – 2011 marks the thirtieth anniversary of Barber’s death. The recital ended with Chopin’s B minor Sonata op. 58, allowing the pianist to demonstrate his tasteful command of the Romantic repertory.