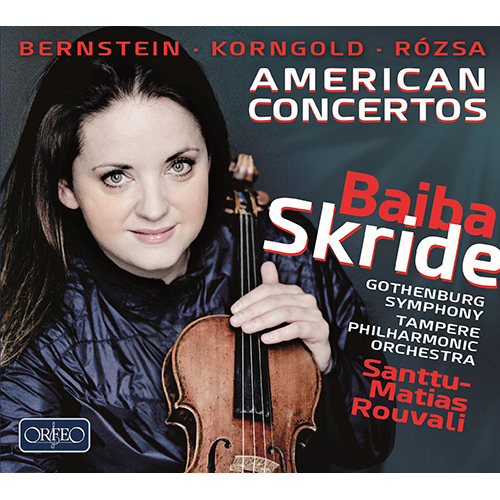 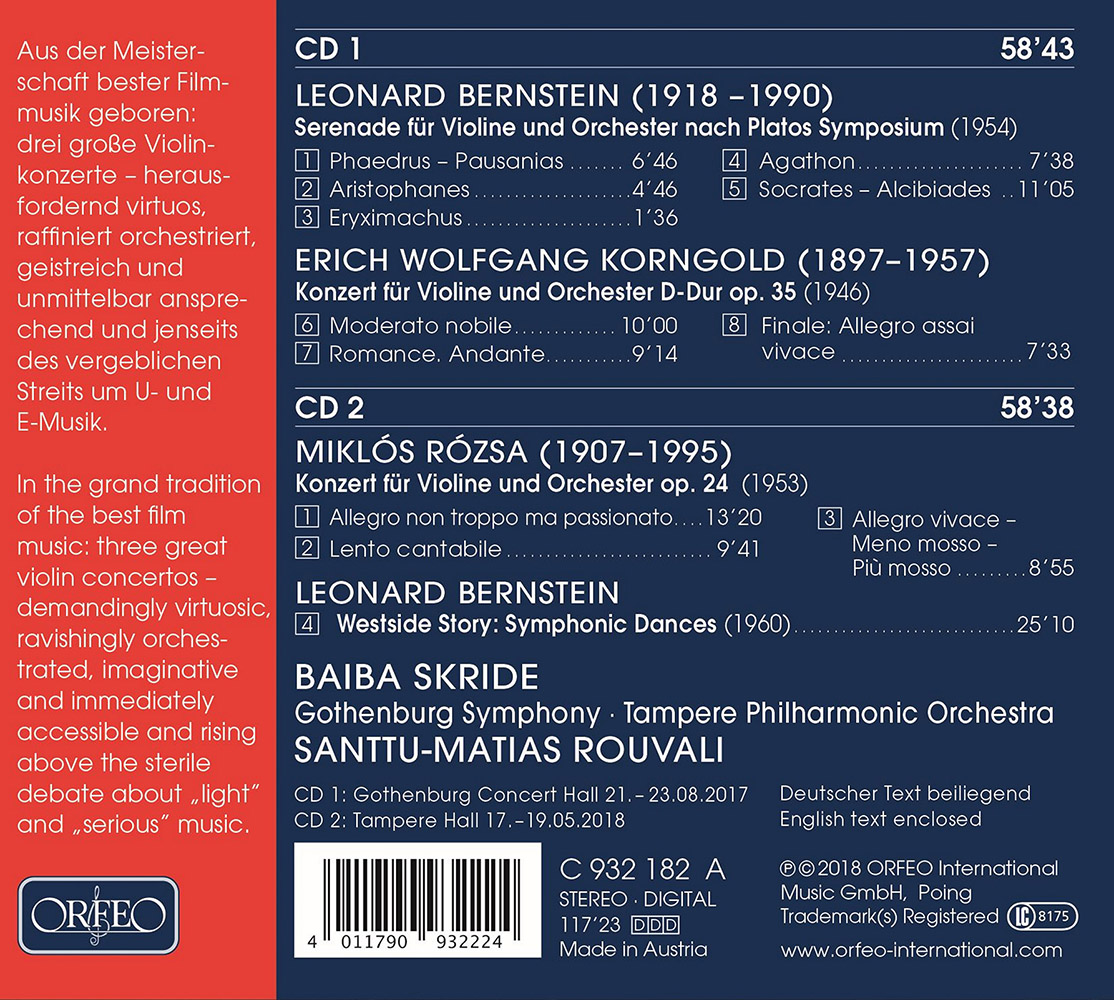 “America, you are better off”

– wrote Goethe in 1827, weary of German Romanticism and the “fruitless wrangling” of sterile debates.

A century later, the New World experienced an unprecedented wave of migration consisting of leading figures, largely Jewish, from the cultural and intellectual spheres of German and Austrian life. The composers among them were attracted by the rich rewards that seemed to be on offer from the new world of sound film in Hollywood, but few were able to reap those rewards to the full: among those few, who were able to make their way in a competitive marketplace through pragmatism and perseverance, were Erich Wolfgang Korngold and Miklós Rózsa – both regularly nominated for Oscars and frequently successful. While making a living from this genre of “music drama”, each of them –whether or not they were recognized by the classical music business – sought to push the limits of the traditional formats and were remarkably successful in doing so.
“If you’re Heifetz, I’m Mozart!” Taking a phone call, Rózsa could scarcely believe that the legendary virtuoso really was seriously interested in his Violin Concerto and was ready to give the work its premiere – but so he did in 1956, and the first recording of the work, with its extreme technical challenges, was also made by Heifetz. And it had been just the same with the Violin Concerto by Korngold, Rózsa’s senior by ten years: the 1947 premiere and the brilliant first recording of this twentieth-century classic again showcased Heifetz as soloist.
In the new generation of genuinely American musicians, one outstanding figure was Leonard Bernstein, an all-rounder whose early success led on to even greater heights: here too, one can hardly ignore his contribution to film music, even if it amounts to one single film. Bernstein rated his Violin Concerto of 1954, “Serenade”, inspired by Plato’s Symposium, as his best work ever, and this work too in its imaginatively slimmed-down scoring for string orchestra, harp and percussion is now acknowledged to be an important 20th-century concerto for violin. Isaac Stern performed the premiere of the work with the composer conducting. As an “encore”, this compilation includes the masterly Symphonic Dances from the immortal “West Side Story”, which has long risen above the “fruitless wrangling” over “light” and “serious” music.
The very different challenges posed by all three concertos are brilliantly overcome by Baiba Skride, whose unquestionable virtuosity nevertheless takes second place to the immediacy of her musical language and expression.