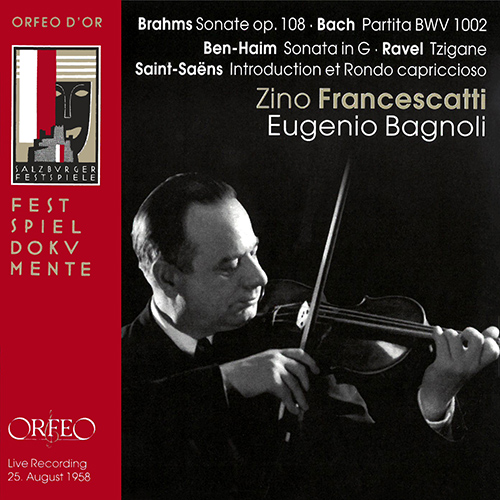 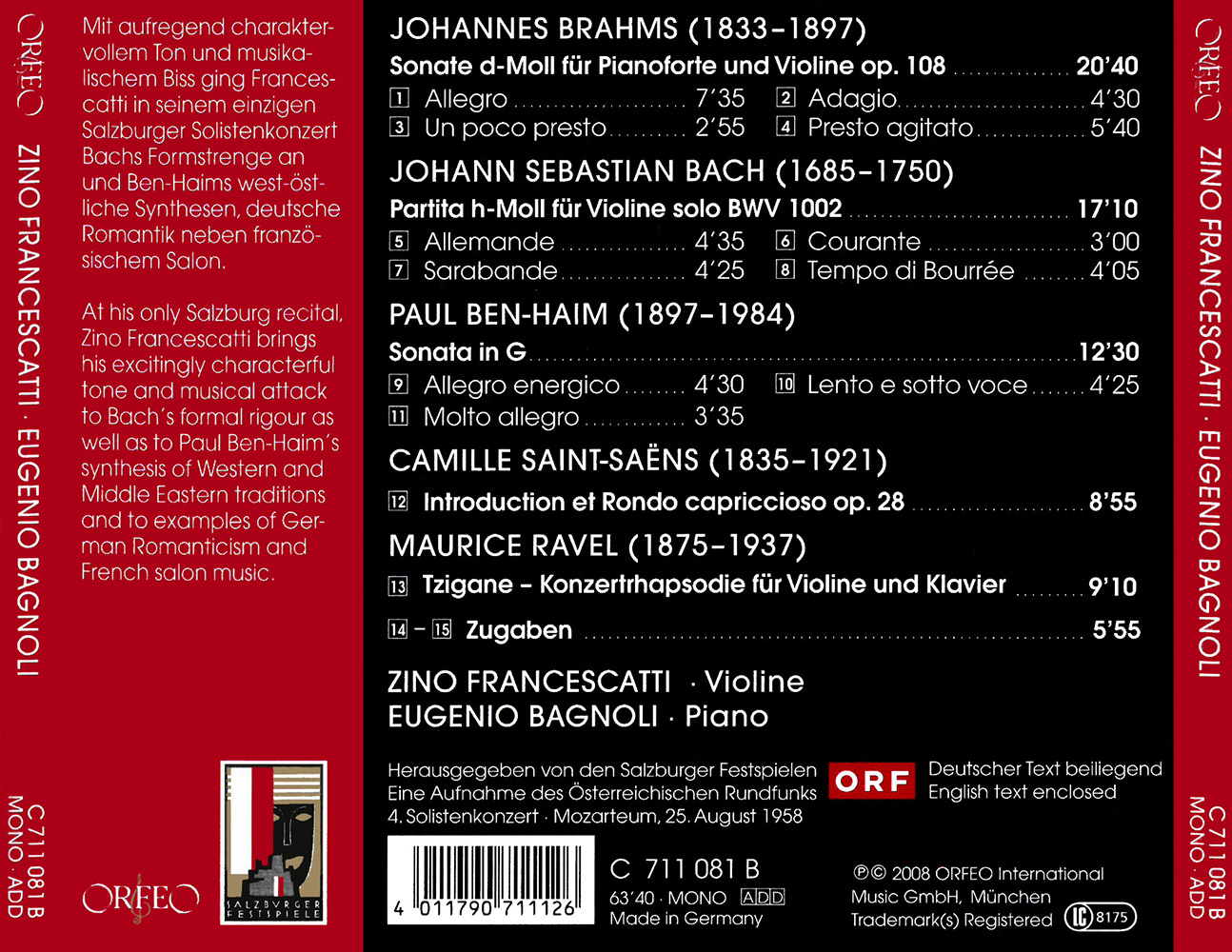 Among the many artists who returned to Europe after the Second World War and chose the Salzburg Festival as the place to resume their European careers was the violinist Zino Francescatti. A native of Marseilles, he was still in his early twenties when he formed a duet partnership with Ravel, later appearing with Robert Casadesus and making his Salzburg Festival début in 1936, performing Mozart's G major Violin Concerto K 216 under the direction of Bruno Walter, but it was not until twenty-two years later that he returned to the town on the Salzach to perform Brahms's Violin Concerto under Dimitri Mitropoulos (Orfeo C 534 001 B) and to give a recital with the pianist Eugenio Bagnoli as his accompanist.
As was to be expected, the programme was extremely virtuosic, but it also placed the most varied stylistic demands on both its performers, encompassing, as it did, three centuries of music, beginning with Bach's Partita no. 1 for unaccompanied violin and taking in the Sonata in G by the German-born Israeli composer Paul Ben-Haim (1897-1984), a piece that represents a fascinating attempt to create a formal, harmonic and melodic synthesis of Western and Middle Eastern musical traditions. Francescatti plays both these unaccompanied works with the same floating, silky tone, while revealing extreme flexibility in terms of dynamics and agogic accents. His outstanding gifts as a chamber musician with a true command of the give and take necessary in such music are revealed in his performance of Brahms's Violin Sonata op. 108 in which he is ably partnered by Eugenio Bagnoli, while in two brilliant salon pieces, Saint-Saëns's Introduction et Rondo capriccioso and Ravel's Tzigane, he deploys all the refinement and technical panache expected of him. It is no accident that his name is often associated with that of Nicolò Paganini, for he could trace back his musical pedigree to the "Devil's violinist" through his father and the latter's teacher. Two encores rounded off the evening, Francescatti's own arrangement for piano and violin of Chopin's Mazurka op. 68 no. 4 and Pablo de Sarasate's Zapatera. Based on a tape in the Salzburg Festival's archives, the present recording provides us with an impressive cross-section of the wide-ranging repertory of his important violinist.